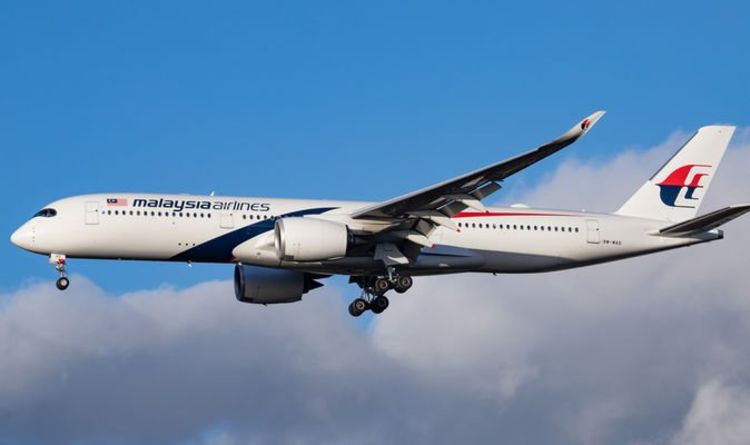 
MH370 went missing on March 8, 2014 en route from Kuala Lumpur to Beijing and the 239 people on board were never seen again. Not only is it unknown where the plane ended up, it is unclear what actually happened to cause the disappearance. It has not been determined whether the jet was hijacked by terrorists, whether the pilot went on a suicide mission or even if there was a fault with the plane, although some theories have more credence than others.

In his 2015 book ‘The Plane That Wasn’t There’, Jeff Wise said the only narrative that seems to make sense was one of a hijacking gone wrong.

He said: “Some of the commenters on my blog suggested that the incident might have been a hijacking attempt that went wrong, and after a sequence of unfortunate events the plane wound up flying south on autopilot with everyone on board already dead or incapacitated.

“It was the only version that really added up as far as I was concerned, yet it seemed complicated and far-fetched.”

Mr Wise indicated that this theory makes sense to him mostly because there were such huge holes in the others.

For example, it was unlikely to have been an electrical disaster at fault, because after the system initially turned off it then came back online again.

What’s more, communications between MH370 and the satellite 3F1 indicate that the plane turned around and flew in a different direction at least once.

Mr Wise pointed out that the suicidal pilot idea did not make sense either.

He said: “If the pilot wanted to commit suicide by flying into the remote ocean, why hadn’t he simply continued to fly over the South China Sea and into the great Pacific beyond?”

Moreover, there was no evidence that pilot Zaharie Ahmad Shah was suicidal, and investigators even seized his flight simulator and found no evidence he had been practicing anything suspect.

Finally, a straight hijacking scenario does not seem to add up either, as no terrorist organisation claimed responsibility, which would make the whole mission pointless.

Mr Wise said: “If the plane had been hijacked by terrorists why would they want to kill themselves and everyone on board in secrecy?”

It was the lack of a convincing mainstream theory that led Mr Wise to start taking his commenters more seriously.

It is not clear exactly what a hijacking gone wrong entails, but it could involve terrorists attempting to hijack the plane and the resulting fight ending up with no one in control at all.

Here’s How SpaceX Went From 3 Failed Launches to Sending Humans Into Space
Scientists Just Watched Artificial Neurons ‘Speak’ to Real Neurons Using Light
These Cute Fuzzy Green Moss ‘Mice’ Are Herding Their Way Across The Arctic
The Building Blocks of Life Are Left-Handed, And The Reason Could Come From Deep Space
SpaceX Historic First Launch With NASA Astronauts Is Happening Right Now