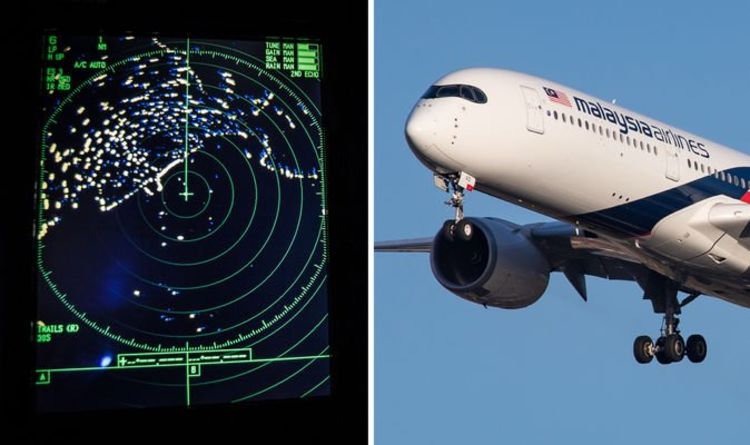 
The expert called this aspect of the calculations a “smoking gun” and claimed the Australian Transport Safety Bureau (ATSB) even admitted themselves that the radar and satellite evidence could not be used in conjunction. MH370 disappeared on March 8, 2014, en route from Kuala Lumpur to Beijing and the 239 people on board were never seen again. In an attempt to track the plane, investigators used communication links with satellite 3F1, owned by British satellite telecommunications company Inmarsat.

Each communication was called a ‘handshake’ and an arc of seven of these were used to trace a predicted flight path.

However, investigators used this information alongside radar data that allegedly contradicts the arc theory.

They used the last radar point instead of the first satellite data point, discarding the latter in order to make both sets of data fit.

The aviation expert, who wishes to remain anonymous, said: “The June report avoided discussion of possible manoeuvres between the 6.22pm UTC last radar point and the 7.41pm UTC arc point, except for range estimates, due to the large number of possible scenarios.

“The analysis instead used starting locations on the 7.41pm arc which were able to be reached from the last radar fix using reasonable flight speeds.

“This is a smoking gun! A euphemism that admits the first 6.26pm handshake arc and the 6.22pm last radar point, are incompatible.

“This can only be if the arc theory is flawed, or if the last radar point is wrong.”

He added: “As the whole search was based on the use of the satellite arc it is inconceivable that the arc theory is flawed.

“Therefore one must conclude that the last radar point is incorrect.”

As the search team decided to use the radar position as a track distance point instead of the first data point in the arc, this could be a key flaw in the theory.

This means there could be a “very large error” in the starting point for the track location, meaning the whole arc is wrong.