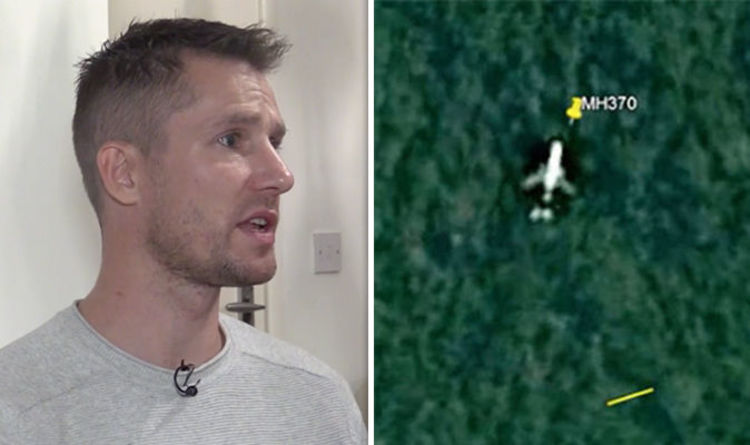 
The Malaysia Airlines passenger flight MH370 carrying 227 people went missing after departing from Kuala Lumpur on its way to Beijing and it is unconfirmed what happened to the jet.

But Mr Wilson believes he has spotted the aeroplane crashed in the Cambodian jungle on Google Maps and the company’s time stamps may reveal when the pictures were taken.

The latest copyright data is listed as the year 2018, with recent imagery data listed as March 2017.

However, last week the app listed the imagery data as December 2015.

The same image showing the plane was also spotted in 2014, just weeks after its apparent crash, raising questions as to when it was taken.

Mr Wilson believes MH370 may have been snapped more than once by the satellites, which would confirm the image shows a crashed plane, instead of one in flight.

He said: “Whether it has been updated at all is questionable, regardless of the data Google gives it.

“And if the plane was visible in 2014 as well and updates have been applied, then the plane must be there and not caught in flight.”

Mr Wilson has promised to check for himself by travelling to Cambodia and trekking to the site where the plane was spotted.

He said: “The plan is still for me and my brother Jackie to go inside in the next few weeks.

“After much discussion last night, we’re just organising final vaccinations and the hiring of guides.”

However, aviation expert Yijun Yu believes it is more likely there is a system glitch or that Google simply hasn’t updated its sighting of the spot.

Dr Yu, an Open University academic, said the dates listed by Google do not necessarily mean the image was captured on those dates.

However, he does believe some explanation from Google is required.

He said: “It does require Google to comment on this.

“If they cached the image since 2014, it is either the satellite they use never updated the datasets for four years, or there is a system glitch.

“Other sources from China suggest that the image cannot be confirmed from another satellite.

Meanwhile, he suggested for a drone to be flown over the jungle to investigate Mr Wilson’s sighting.

Official investigators ruled that the plane flew across the Malaysian peninsula before crashing onto the Indian Ocean, but they admit they do not know this with certainty.

The Aviation Safety Network said the plane does not fit the profile of any historic crashes and that it is most likely a plane caught in flight.

Mr Wilson added: “I feel like I know the plane is there and I just want to see it through to the end.

“I want to go there and see the plane or stand there and go ‘oh, it’s definitely not here’ and then stop thinking about it.”

The brothers intend to fly out on 15th October.

A Common ‘Forever Chemical’ Has Just Been Linked to Liver Cancer in Humans : ScienceAlert
This Artificial Synapse Can Run a Million Times Faster Than Ones in The Human Brain : ScienceAlert
The Moon Stole Something From Deep Inside Earth Eons Ago, and Scientists Can Prove It : ScienceAlert
Many Cat Lovers Are Giving Their Cats Unwanted Affection, Study Suggests : ScienceAlert
An Experimental Surgical Robot Is Headed to The International Space Station