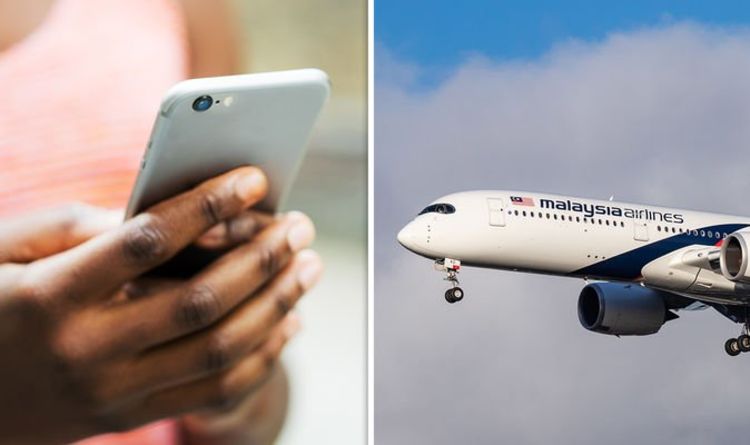 
MH370 disappeared without a trace on March 8 2014 en route from Kuala Lumpur to Beijing carrying 239 people. A report leaked by The Australian suggests co-pilot Fariq Abdul Hamid used his phone before the Boeing 777 disappeared from radar. A telecommunications tower at Bandar Baru Farlim Penang in Malaysia tracked a mobile number registered to Mr Hamid at this time, the report states according to Sputnik.

Mike Keane, a former chief pilot of the budget airline Easyjet, reportedly linked this new piece of evidence to the theory that pilot Zaharie Ahmad Shah intentionally took the plane off course.

Mr Keane suggested Mr Shah may have told his co-pilot to go to the cabin before he locked the cockpit and depressurised the aircraft.

He said: “The first officer would have been skilled in responding to depressurisation due to regular training.

“If Fariq had his mobile phone on him, he would have grabbed an oxygen bottle before taking his phone off flight mode or switching it on.”

The current official theory of the Malaysian government and Australian Transport Safety Bureau is that Mr Shah was unconscious at the end of the journey.

The investigation concluded that the plane was likely flying on autopilot over the Indian Ocean before running out of fuel and crashing.

However, some have speculated that the abduction of the plane was a deliberate move by Mr Shah, who was allegedly unhappy in his marriage.

Others have claimed Mr Shah was unhappy about Anwar Ibrahim, Malaysia’s then opposition leader, being convicted of sodomy, which happened hours before take-off.

However, the pilot’s friends and family have vehemently denied the claims, saying that Mr Shah “loved life” and would never deliberately crash the plane.

Whilst the official MH370 investigation believes the plane is now at the bottom of the Indian Ocean, no wreckage has ever been found.

However, numerous pieces of debris have been found on the west coast of Africa, three of which are confirmed to be from the missing plane.

The answers to the questions of loved ones may well be in the aircraft’s black box, which was sadly never recovered.

Giant Whale Sharks Have Hundreds of Tiny Teeth-Like Structures Around Their Eyes
Giant Penguin-Like Birds May Have Once Waddled Around The Northern Hemisphere, Too
Tranquil Planetary System Just 11 Light-Years Away Raises Hopes of Habitability
Ancient 12,000-Year-Old Mine Discovered in Underwater Caves on Mexican Coast
Scientists Show How to Calculate Your Dog’s ‘Human’ Age, And It’s Not a Multiple of 7