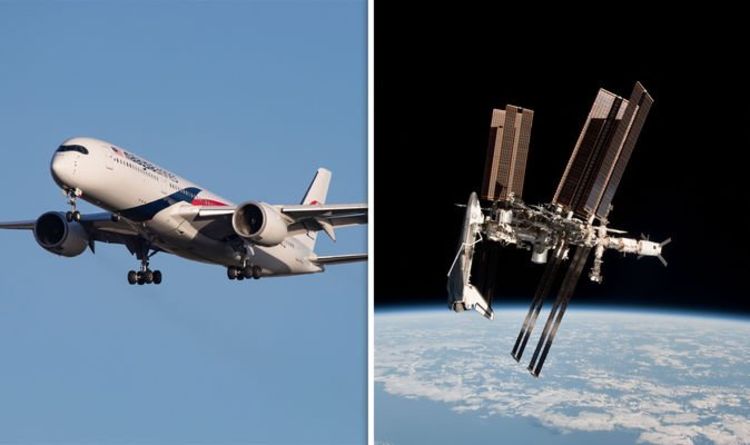 
Malaysia Airlines flight 370 went missing on March 8, 2014, en route from Kuala Lumpur to Beijing with 239 people on board. What exactly happened to the jetliner remains a mystery, but communications with a satellite called 3F1 give some clues. For example, the communications with 3F1 show that the satellite data unit (SDU) was initially turned off and then turned on again.

Jeff Wise, author of the 2015 book ‘The Plane That Wasn’t There’, claimed hijackers may have been using the SDU to send out fake data.

Meanwhile, BFO data is a measure of the relative motion of the satellite and the aeroplane.

Combined, these can be used to piece together an estimated track of the plane.

The data seems to indicate that the plane flew out over the Indian Ocean before crashing into the sea west of Australia.

However, there are certain discrepancies in MH370’s case that mean these values are somewhat contradictory.

Mr Wise suggested that the BFO data could be a “false trail of breadcrumbs” used to put investigators off the scent.

He said: “This is a classic con artist technique – when you pull a ruse on a victim you can’t just walk away, you have to make sure they don’t come after you.”

He used an example from World War 2 when British intelligence carried out Operation Mincemeat – the body of a British officer washed up on the Spanish coast and on his person there were secrets about a planned assault from north Africa.

Documents on the body indicated the assault would be on Sardinia instead of Sicily.

The authenticity of the body, the clothes, the personal possessions and documents on the corpse led the Germans to believe it was real and moved forces to Sardinia.

However, it had been a ruse all along and the real invasion was in Sicily.

Similarly, if hijackers could make MH370 as inconspicuous as possible by providing fake data, it could slip away unnoticed.

Mr Wise said: “Given the oddities surrounding the case, MH370 may represent a deception crafted at the same level of complexity.

“For this plan to work out however, a very specific set of criteria would have to be met.

“What’s more, in order for the BFO spoof to clearly imply that the plane was traveling in the opposite of its true direction the flight would have to start close to the equator and the implied direction would have to be towards an oceanic basin in which the plane could we lost.

“MH370 of course met all these criteria.”

There was just one flaw in the plan: Inmarsat was also collecting BTO values that contradict with the BFO values and ultimately gave a more accurate indication as to the flight path of the plane.

However, this is just one theory and not one currently endorsed by the official investigation.

Dogs Can Be Aggressive For Lots of Reasons, And One of Them Is You : ScienceAlert
Sword Mistaken For Replica Is Actually An Ancient 3,000-Year-Old Weapon : ScienceAlert
This Species of Carnivorous Plant Evolved Into a Toilet And Is Now Winning at Life : ScienceAlert
Study of 500,000 Medical Records Links Viruses to Alzheimer’s Again And Again : ScienceAlert
JWST Has Found Life’s Elemental Building Blocks in The Depths of Darkest Space : ScienceAlert