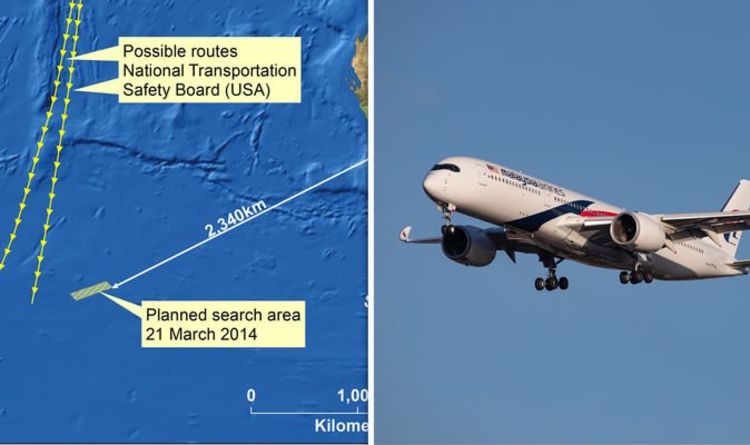 
MH370 disappeared on March 8 2014 en route from Kuala Lumpur to Beijing with 239 people on board. Its path was tracked via its communications with satellite 3F1, owned by British satellite telecommunications company Inmarsat. Each communication was called a ‘handshake’ and the data received at these handshakes were used to work out where the plane went.

However, according to this aviation expert, who wishes to remain anonymous, the calculation to the first Inmarsat handshake has a “fatal flaw”.

He claimed he used his experience to review the existing reports, which revealed there were “serious changes to the factual evidence”.

The air safety expert said he was inspired to look into the facts at the 5th anniversary of MH370’s disappearance last month.

He said: “As an aviation expert, working for over 50 years around the world, I am prompted on the 5th anniversary of the terrible tragedy, to use my knowledge and experience to seek new evidence, by a review of the information published by the Malaysian Safety Investigation Team in their Factual Information 2014 and Safety Investigation Report 2018.

“My 20 years experience as a military and civil air traffic controller, is the foundation for 30 years of consultancy work that includes primary and secondary radar installation and flight checking and the operation use and regulation of automated air traffic control systems.”

The expert will appeal to the authorities to reexamine the evidence about MH370’s disappearance.

He added that possible lines of inquiry include a clarification of the “turn back scenario”.

He also pushed for an explanation of the first logon request from the aircraft.

Finally, he requested an explanation of the aircraft turning without pilot input.

The expert claimed there is “no military radar evidence” to back up the current radar track, but “simply hearsay information, taken down by senior officers from the reports of juniors defending their lack of knowledge of events”.

The report will be sent to the authorities in the hope that they will reexamine the evidence.

We Just Got Even More Evidence Mars Once Had a Ring
Earth’s Tectonic Plates Could Be 1 Billion Years Older Than We Thought
There Was a Special, Extra Payload Onboard SpaceX’s Historic Launch Yesterday
DNA Analysis Reveals Some of The Mysterious Dead Sea Scrolls Were Made Elsewhere
Astronomers Have Filmed a Black Hole Blasting Out Jets Close to The Speed of Light