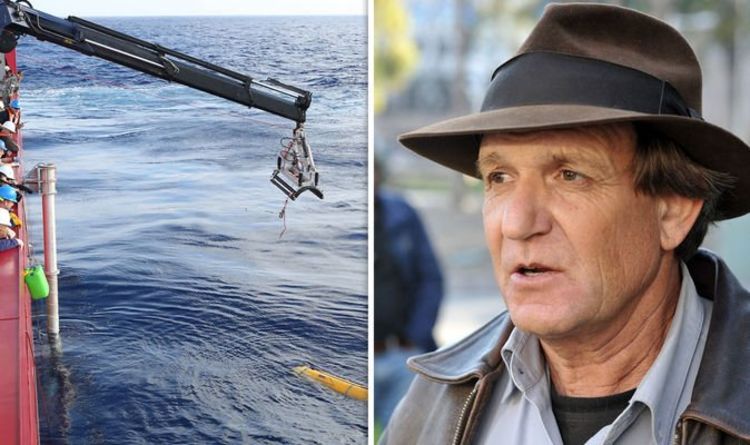 
In 2016, Mr Gibson rose to prominence after claiming debris he found in Mozambique belonged to the plane. Since then, The Sun reports that Mr Gibson has found a further 16 pieces of alleged wreckage from that flight. The pieces have turned up at spots in Madagascar and South Africa.

Mr Langewiesche said: “One message said that either he would stop looking for debris or he would leave Madagascar in a coffin.

“Another warned he would die of polonium poisoning.

“He has been traumatised.”

The self-styled investigator added: “He largely avoids disclosing his location or travel plans, and for similar reasons avoids using email and rarely speaks over the telephone.

“He frequently swaps out his Sim cards. He believes he is sometimes followed and photographed.”

MH370 was travelling from Kuala Lumpur to Beijing, China, when the jet mysteriously vanished with 239 people on board.

The Boeing 777 aircraft last communicated with air traffic control at 1.19am when the plane was flying over the South China Sea, before vanishing from civilian radar screens.

Radar data shows the jet suddenly changed course and flew back across Malaysia before turning south of Penang and then towards the southern Indian Ocean, leading some to claim Captain Zaharie Shah played out a suicide mission.

There have been countless claims over what happened to MH370.

Robot Shows It’s Possible to Swim Through The Emptiness of a Curved Universe : ScienceAlert
‘Structured Water’ Is Not What People Claim. Don’t Believe The Hype, Scientist Says
This Artificial Synapse Can Run a Million Times Faster Than Ones in The Human Brain : ScienceAlert
Record-Breaking Experiment Could Solve a Huge Challenge in Quantum Computing
Deep-Sea Sponges Can ‘sneeze’ Out Mucus, and The Footage Is Weirdly Mesmerizing : ScienceAlert