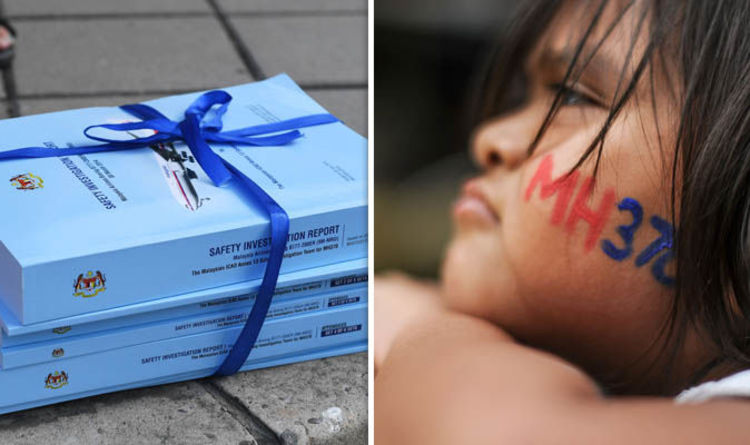 
Malaysia Airlines Flight 370 vanished on March 8, 2014 with all 239 people passengers and crew while travelling from Kuala Lumpur, Malaysia, to Beijing. The last known contact with the MH370 aircraft was about 38 minutes after take-off when it was passing over the South China Sea. One of the world’s biggest surface searches covering approximately 125,000 sq m of Indian Ocean was subsequently launched by Australian, China and Malaysian officials.

Investigators finally put an end to operations this year after searches costing more than a hundred million dollars failed to find the aircraft apart from some small debris off Africa’s coastline.

A report out in May stated the Boeing 777’s controls were likely to have been deliberately tampered with but there is no clear evidence indicating who is responsible.

But this has not stopped conspiracy theorists having their say on what they believe happened.

Hijackings to North Korea, Cambodian jungle landings and crew suicides have all featured on internet forums relating to the international aviation mystery although none have proved conclusive.

Here are some of the most prevalent theories:

Murder/suicide by the pilot

Captain Zaharie Ahmad Shah has been accused of bringing down the flight in a planned bid to take the life of himself and others on board.

The 53-year-old was said to have been troubled by the end of his marriage sand some suggested he could have deliberately plunged the plane into the ocean.

However, he has been officially cleared of blame by official crash investigators.

However, the Chinese government has dismissed the claim after using satellite firm Space View to carry out its own investigations.

MH370 did divert from its intended flight path before disappearing from radar, lending weight to the theory hijackers wrestled control.

But no groups have ever admitted to a physical or cyber attack and no passengers were known to have any radical links.

One theory suggests North Korea was responsible for hijacking the plane and taking it to its territory or shooting down the jumbo jet – again there is no evidence for this.

Malaysian Airlines said a 16-inch crack was found in one of its planes just days before MH370 disappeared.

The Federal Aviation Administration said a crack in a Boeing 777 could cause a rapid decompression and said it had issued a warning ahead of the doomed flight.

But Boeing later said this warning was not relevant to MH370 as it was fitted with a different type of antenna to the rest of its fleet.

Another theory suggests a battery explosion took place after two tonnes of lithium-ion batteries and four tonnes of mangosteen fruit came into contact, triggering an explosion.

Both theories have been dismissed as the recovered debris found showed no signs of explosion or fire.

A Tobacco Plant Has Been Engineered to Produce Cocaine in Its Leaves : ScienceAlert
An AI Found an Unknown ‘Ghost’ Ancestor in The Human Genome : ScienceAlert
Engineers Propose an Ambitious Plan to Bury Excess Carbon at The Bottom of The Ocean : ScienceAlert
These Mysterious Fungi Belong to an Entirely New Branch on The Tree of Life : ScienceAlert
Giant Asteroid Unleashed a Devastating Martian Megatsunami, Evidence Suggests : ScienceAlert