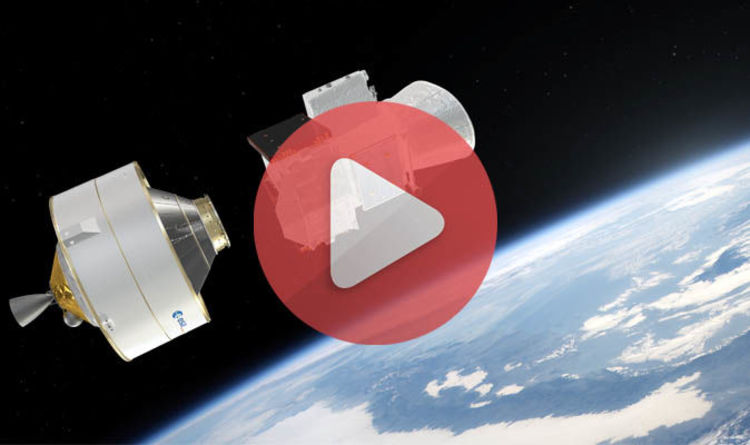 
The Mercury mission will see a joint European-Japanese Ariane 5 rocket blast off into space in the early morning hours of Saturday, October 20.

For a chance to see the BepiColombo mission launch live, watch the livestream here, in the embedded video player below.

The rocket launch is scheduled to take place at 2.45am UK time (1.45am UTC) from French Guiana.

You can watch the live broadcast from approximately 2.15pm BST (1.15am UTC) with 30 minutes of live commentary before launch.

Approximately 26 minutes into the rocket’s flight, the BepiColombo payload will be deployed into space.

BepiColombo is the first European mission to the innermost planet in the solar system and the first spacecraft bound for Mercury in more than a decade.

The European Space Agency (ESA) said: “Watch live as the ESA-JAXA BepiColombo mission to Mercury is launched on an Ariane 5 from Europe’s Spaceport in Kourou, French Guiana.

“BepiColombo is the first European mission to Mercury, the smallest and least explored planet in the inner Solar System.

“It is the first Mercury mission to send two science orbiters to make complementary measurements of the planet’s dynamic environment at the same time.”

A third Mercury-bound module will deliver orbiters on a seven-year-long cruise to Mercury using a mix of gravity assists and solar propulsion.

The module will use the gravity wells of the Earth, Venus and Mercury to slingshot itself through the solar system.

For the launch, BepiColombo will “hitch a ride” on the back of an Ariane 5 rocket – the standard European heavy-lift spacecraft.

Paolo Ferri, head of mission operations at the European Space Operations Centre (ESOC) said: “Mercury is a planet of extremes, and getting there requires some equally extreme techniques, navigation solutions and operations expertise.

“Following its departure from Earth, the spacecraft will travel nine billion km in seven years, completing nine planetary flybys at a top speed of 60 kilometres per second, all in order to reach the least explored planet of the inner Solar System.”

The Mercury mission launch was even the green light on October 17 after a final review of the Ariane 5 rocket and its payload.

A backup launch date is scheduled for a full 24 hours after the initial planned launch.

He said: “This is an exciting time.

“After months of practice, teams here at mission control are eager to see BepiColombo depart from our planet, and they’re ready to guide it carefully every day for seven years until it arrives at Mercury.”