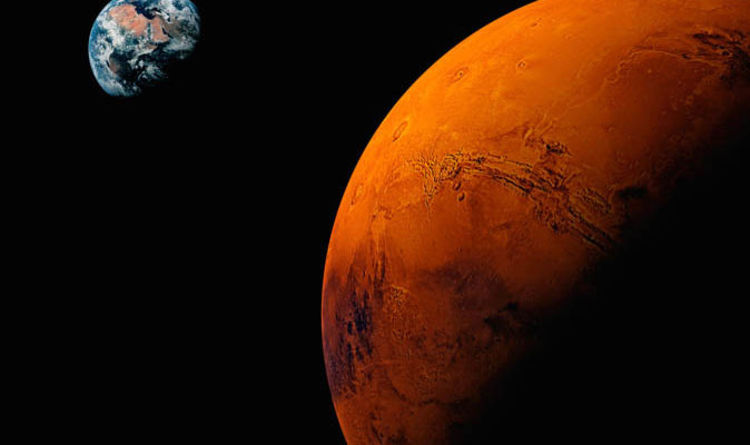 
The Red Planet will be visible over the night sky in bright shades of red and orange.

This phenomenon takes place every 15 years as Mars crosses past its Opposition point, when Earth is between Mars and the sun.

This year, Mars’ opposition happened at the same time the Blood Moon was visible on July 27.

The planet will be at a distance of 35.8 million miles from Earth.

How to watch and live stream Mars in India

Mars will be seen rising from the Gemini constellation in India tonight (July 31).

Stargazers will be able to catch a glimpse of The Red Planet with their naked eye.

However, people who want a closer look at the planet can observe the specific details of Mars’ surface through a telescope.

There is currently a planet-wide dust storm on Mars, which occurs the the planet is closest to the sun in its orbit.

This means not all of the features of Mars will be visible today.

NASA is also providing a live stream of the Mars sighting from the Griffith Observatory.

The live stream can be watched on the space agency’s website, or NASA’s YouTube channel from 11pm India Standard Time (IST or 6.30pm BST).

The next time Mars will be this close to Earth is in October 2020.

Mars and Earth will be 38.6 million miles apart at that point.

The last time Mars was close to Earth was in 2003, when the planet came within 34.6 million miles of our planet.

This was the closest Mars had been to Earth in 60,000 years, according to NASA.

Behold, The Epic Last Images Taken by NASA’s Asteroid Redirection Test Spacecraft : ScienceAlert
We May Finally Know Why Oceans in The Southern Hemisphere Are Getting So Warm : ScienceAlert
It Turns Out There Is Such a Thing as Good Gossip, According to New Research : ScienceAlert
Hubble And Webb Pics Reveal DART Impact Was Even Bigger Than Expected : ScienceAlert
Secret Clues in Tutankhamun’s Tomb Reignite The Idea That Nefertiti Is Hidden Nearby : ScienceAlert