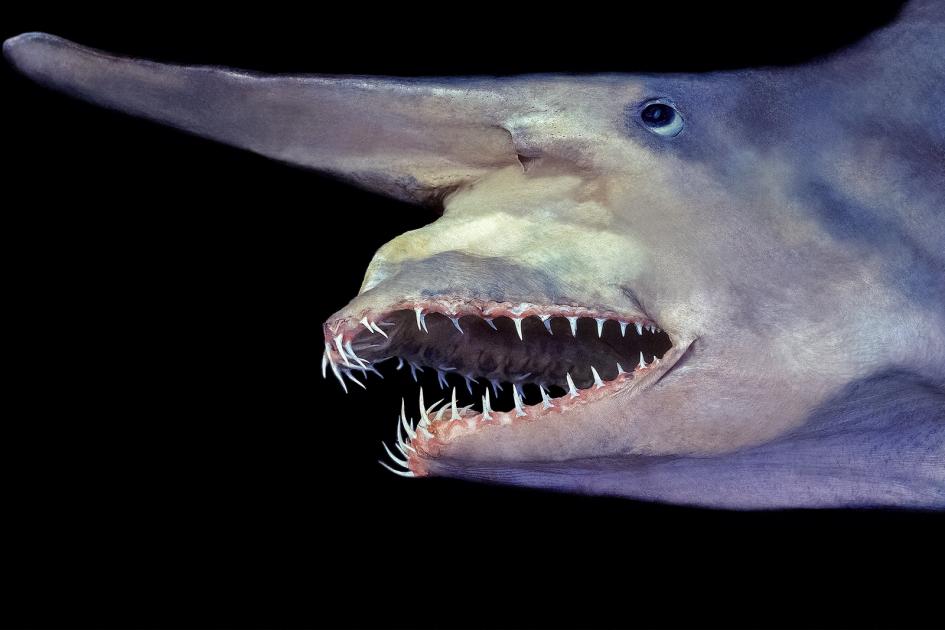 
First described in 1898, the goblin shark had already been known to Japanese fishermen, who called it tengu-zame, tengu being a mythical goblin with an extremely long nose that looked a bit like Pinocchio.

And its spring-loaded jaws are surely the animal kingdom’s most incredible chompers.

The shark, which grows up to 12.5 feet long, swims at depths of over 4,000 feet and remains poorly understood, though with each new specimen we’re building a better picture of its incredible adaptations to the deep-sea lifestyle.

Most dramatic, of course, are its highly protrusive jaws packed with needle-like teeth meant to trap, not slice. Here the video again:

Sharks are able to project their mouths in this manner because the jaw is suspended by ligaments and cartilage instead of being fused to the skull.

And the goblin shark takes this to the extreme with a jaw that pretty much looks like it’s trying to escape from the animal’s face.