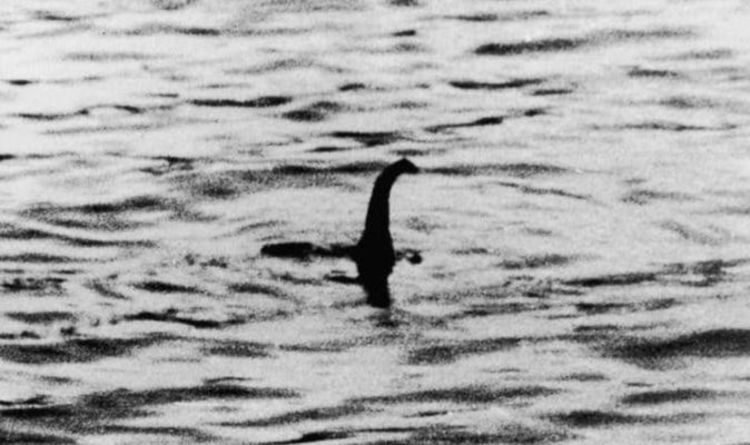 
The Loch Ness Monster, also known as Nessie, is a mythical creature that is said to inhabit Loch Ness in Scotland. It is often described as large in size with a long neck and one or more humps protruding from the water. Scholars of the Loch Ness Monster find a dozen references to “Nessie” in Scottish history, dating back to around 500 AD, when locals carved a strange aquatic creature into standing stones.

However, it was not until 1933 until it became a worldwide sensation.

On May 2 that year, a local Scottish couple revealed to the Inverness Courier how they spotted “an enormous animal rolling and plunging on the surface”.

The story of the Loch Ness Monster became a media phenomenon overnight and British newspapers soon sent reporters to the scene.

One even offered a £20,000 reward for the capture of the “four-legged animal”.

Plaster casts of the footprints were sent to the British Natural History Museum, which reported that the tracks were that of a hippopotamus.

That did not stop scores of tourists from descended to Loch Ness though, armed with binoculars and deck chairs, hoping to get a glance of the beast.

The hysteria reached an all-time high in 1934 when a photograph appeared to show a dinosaur-like creature with a long neck emerging out the murky water.

Despite the setback, amateur investigators kept an almost constant vigil, and in the Sixties several British universities launched expeditions to Loch Ness, using sonar to search the deep.

Nothing conclusive was found, but in each expedition the sonar operators detected large, moving underwater objects they could not explain.

The scientific community now regards the Loch Ness Monster as a phenomenon without biological basis, explaining sightings as hoaxes, wishful thinking, and the misidentification of mundane objects.

Record-Breaking Experiment Could Solve a Huge Challenge in Quantum Computing
‘Structured Water’ Is Not What People Claim. Don’t Believe The Hype, Scientist Says
New Predictions Reveal The Fate of The World’s Biggest Ice Sheet if We Don’t Act : ScienceAlert
Minor Google Meltdown Exposes The World’s Utter Reliance on a Single Tech Company
Astronomers Charted The Sun’s Life, And This Is How The Story Ends : ScienceAlert