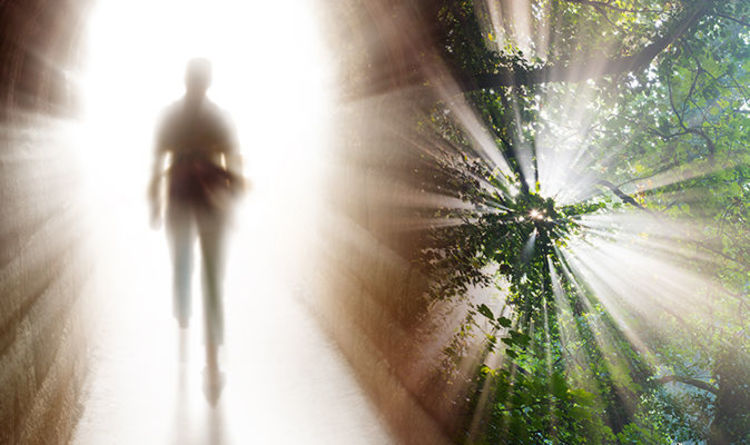 
The man, who simply gave his name as Bob, has revealed what happened to him when he drowned and was declared clinically dead for six minutes.

He wrote on the Near Death Experience Research Foundation website that, as a young child, Bob was swimming in his pool when he experienced the afterlife.

He said his uncle jumped in, with the force pulling him to the bottom of the pool.

Unfortunately, as Bob battled the wave, he accidentally inhaled a big breath of water which led him to drown.

He was unconscious for about half a minute before people realised something was wrong and took him out of the pool and resuscitated him.

But it took six minutes to revive Bob, and during that time, he said that he crossed over to the afterlife where he entered a “clearly mystical or unearthly realm I could see and hear.”

At this point, Bob suffered from an outer body experience where he could see what was going on around him.

He said: “I was above the pool about five to six feet up. I remember saying aloud to myself ‘I am all right’.

“I felt amazing, a feeling of total joy. There was no pain. I was looking down and could see people around somebody on the sidewalk beside the pool.

“I did not know who anyone was. It was I looking down but what I saw was not Bob. I did not even know Bob, but I was still me as I was before I drowned.

“I do not know how to explain this any other way. I believe that our bodies die but we do live on.

“Just before I came back into my body, there was a lot of pain, but somehow I knew that it was just the pain of life.”

Some researchers agree with Bob that “our bodies die but we do live on”.

According to some well-respected scientists, quantum mechanics allows consciousness to live on following the body’s eventual demise.

While scientists are still unsure about what exactly consciousness is, the University of Arizona’s Stuart Hameroff and British physicist Sir Roger Penrose believes that it is merely information stored at a quantum level.

The duo say this process is called “Orchestrated Objective Reduction” (Orch-OR) and say it is evidence that protein-based microtubules – a structural component of human cells – carry quantum information – information stored at a sub-atomic level.

“The quantum information within the micro-tubules is not destroyed, it can’t be destroyed, and it just distributes and dissipates to the universe at large.

“If the patient is resuscitated, revived, this quantum information can go back into the micro-tubules and the patient says, ‘I had a near-death experience.’

“If they’re not revived, and the patient dies, it’s possible that this quantum information can exist outside the body, perhaps indefinitely, as a soul.”

Control of a 6-Qubit Processor in Silicon : ScienceAlert
It Turns Out There Is Such a Thing as Good Gossip, According to New Research : ScienceAlert
We Just Got Our Closest View of Europa in 20 Years, And We Can’t Stop Staring : ScienceAlert
3 Major Aquatic Animal Groups Can Trace Their Lineage to This Ancient Armored ‘Worm’ : ScienceAlert
Behold, The Epic Last Images Taken by NASA’s Asteroid Redirection Test Spacecraft : ScienceAlert