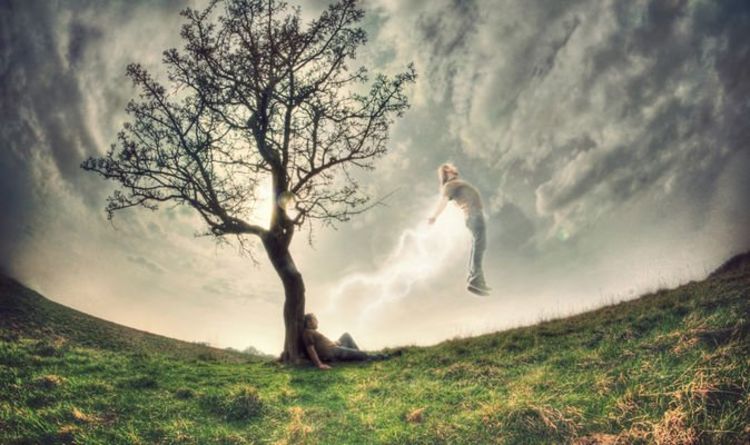 
A fall from his motorbike resulted in a man, who only gives his name as John, slamming his head onto the ground. John says that as his head crashed onto the floor, he believes he was instantly teleported to another dimension which was desert like with pulsating skies. John wrote for the Near Death Experience Research Foundation: “I was instantly ‘teleported’ to a desert.

“The ground was sandy but solid, and I could smell the desert air. I’ve done military service in Kuwait, Qatar and Afghanistan so I know what it smells like.

“It was hot, but I felt a cool breeze. In front of me was a rocky outcrop or cliff face that extended from the ground to about 20 feet high.

“On the top, there was a desert tree with no foliage and it looked dry as you would expect.

“The sky pulsed quickly from a sky blue to a deep purple and then back again. It was as if the days were speedily passing by.

“The bright daylight on the cliff face stayed exactly the same. I was aware of something observing me, but didn’t see anything.

“I was in awe at the sky, but was slightly fearful at the fact that I was in a desert. I had a sense of dullness and indifference as well.”

Suddenly, John “snapped back to reality” and ended up in a hospital.

However, some researchers say these visions are normal phenomenon and not necessarily a sign of an afterlife.

Dr Parnia added: “They can hear things and record all conversations that are going on around them.”