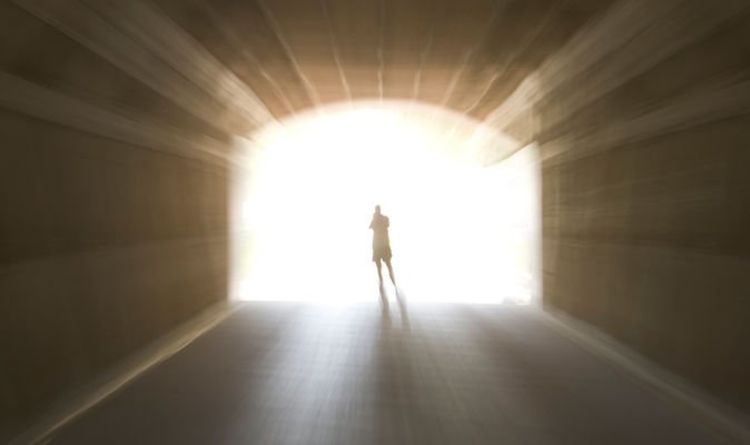 
When this man, who only gives his name as Will, was younger, he drank too much alcohol and developed severe alcohol poisoning. Such was the severity of the case, that Will’s heart temporarily stopped beating. During this brief period when his Heart stopped beating, Will believes he caught a glimpse of the afterlife.

Writing on the Near Death Experience Research Foundation (NDERF), the man says it began when he floated out of his body towards a light.

Will then believes he made his way down a tunnel of light, and then a series of darker tunnels.

The man wrote: “The closer I got to the light, the more I understood what was going on. I knew that I had left my physical body and was passing on. I also knew I had been here before and that I was ‘home’.

“As I exited the tunnel into a dome area of the igloo-shaped structure, the light became more of an entity sitting on a a chair that looked like a throne.

“In reality the throne was a stone chair with a body of light sitting in it. The Being seemed to be amused at my arrival. I couldn’t see a smile but I seemed to be able to feel it.

“The light did not have a form. It was just a bright light that was brighter than the sun. If I was using human eyes, I probably would not have been able to look at it.

“I definitely felt like I knew the ‘light’ on a personal level. The light seemed to manifest an arm and gestured for me to look at the floor to the light’s left which was my right.

“The light rested it’s left hand on my left shoulder and telepathically asked me if I wanted to ‘go back’. The instant I thought ‘yes,’ I was back in my body.”

Will says he remember the experience distinctively some 20 years on.

Some researchers, however, said these visions are normal phenomenon and not necessarily a sign of an afterlife.

This Artificial Synapse Can Run a Million Times Faster Than Ones in The Human Brain : ScienceAlert
Plants Have Been Keeping a Secret From Us About How Thirsty They Actually Are : ScienceAlert
Clinical Trial Restored Sight to 20 People With Corneas Made From An Unlikely Source : ScienceAlert
This Seemingly Simple Foot Feature May’ve Allowed Sauropods to Become Giants : ScienceAlert
New Predictions Reveal The Fate of The World’s Biggest Ice Sheet if We Don’t Act : ScienceAlert