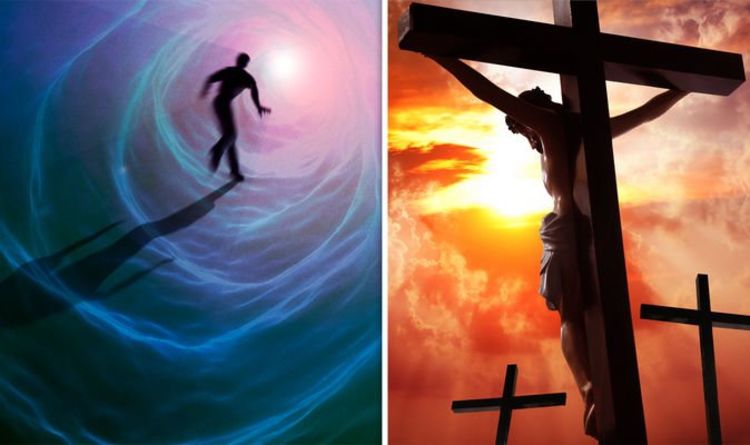 
The person, who gave his name as Douglas on an online near-death website, was just 17 years old at the time and was suffering from severe insomnia. Douglas, who lived in Texas, was given a heavy duty sleeping pill by his live-in nurse – but unknown to her, Douglas had already been drinking alcohol. The alcohol and pill was an extremely potent mix and suddenly Douglas collapsed to the floor, where his heart stopped beating for a few minutes until paramedics arrived.

When he collapsed, Douglas believed he crossed to the ‘other side’, where he encountered Jesus.

Douglas wrote for the Near Death Experience Research Foundation: “I saw my entire life flash before me. The good and bad.

“Then I saw a tunnel with brightness, brighter than the Sun pulling me towards it, the bright light was at the end of the tunnel and I could see my body on the floor.

“The one thing I immediately picked up on was an inner peace like no other. Then I reached the end of the tunnel. What I saw was amazing, it was Jesus. I asked him why.

“Jesus said, tell them about me. I said I’ll give them hell. Jesus grimaced as if he didn’t care for that comment. My last words to him was, you know what I mean.

“This was said as I was going back to Earth.”

Douglas said he became a devout Christian after his near-death experience.

Some researchers, however, have said these visions are normal phenomenon and not necessarily a sign of an afterlife.

Dr Parnia said there are scientific explanations for the reaction, and says seeing people is not evidence of the afterlife, but more likely the brain just scanning itself as a survival technique.

Viagra Linked to Much Lower Risk of Death in Men, But Questions Remain : ScienceAlert
Bacteria Can Use Plastic Waste as a Food Source, Which Isn’t as Good as It Sounds : ScienceAlert
One Simple Idea Makes It Much Easier to Manage Your Weight Over Time : ScienceAlert
These 5 Traces of Ancient Ancestors Still Exist in Human Bodies Today : ScienceAlert
‘Funky Worm’ Fossil Helps Explain The Mysterious Origins of Amphibians : ScienceAlert