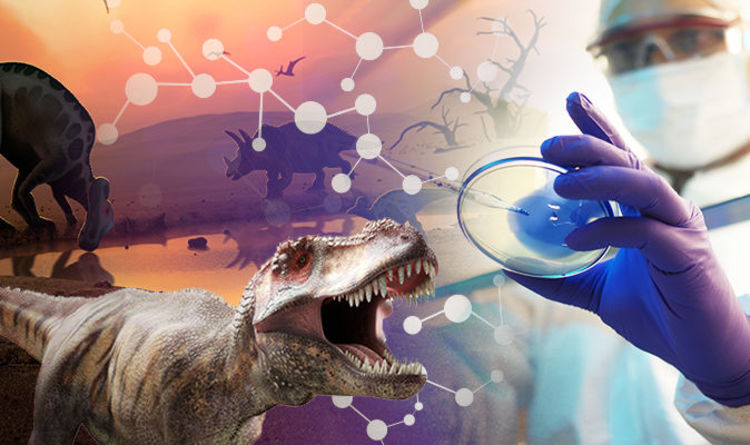 
Dr Jack Horner, a palaeontologist who has been a consultant throughout the Jurassic Park and Jurassic World franchise, believes there is an easier way to bring dinosaurs back from extinction than what is shown in the films.

In the first Jurassic Park, scientists withdraw dinosaur blood from a mosquito which had been fossilised in ember.

The film then goes on to show the scientists creating a dinosaur’s genetic code through this blood.

However, Dr Horner believes there may be a simpler way to bring dinosaurs back, and chickens could be essential.

Surprisingly, the farm animals is the closest living relative to the tyrannosaurus rex and birds are the living descendants of dinosaurs.

By essentially reverse engineering birds, scientists could create a “Chickenosaurus” – as Dr Horner dubbed it.

He told People: “Of course birds are dinosaurs so we just need to fix them so they look a little more like a dinosaur.

“Dinosaurs had long tails, arms, and hands – and through evolution they’ve lost their tails, and their arms and hands have turned into wings.

“Additionally, their whole snout has changed from the velociraptor-look to the bird-like beak morphology.

“Basically what we do is we go into an embryo that’s just beginning to form, and use some genetic markers to sort of identify when certain genes turn on and when they turn off.

“And by determining when certain genes turn on, we can sort of figure out how a tail begins to develop. And we want to fix that gene so it doesn’t stop the tail from growing.”

Dr Horner says that this could happen within the next five to ten years.

He added: “We can make a bird with teeth, and we can change its mouth.

“And actually the wings and hands are not as difficult. We’re pretty sure we can do that soon.”

Scientists Glimpse Incoming Asteroid Just Hours Before It Makes Impact : ScienceAlert
Octopus Brains Evolved to Share a Surprising Trait in With Our Brains : ScienceAlert
The Cause of Alzheimer’s Could Be Coming From Inside Your Mouth : ScienceAlert
An AI Found an Unknown ‘Ghost’ Ancestor in The Human Genome : ScienceAlert
Ancient ‘Weird Wonders’ Could Be Leftovers From The Cambrian Explosion : ScienceAlert