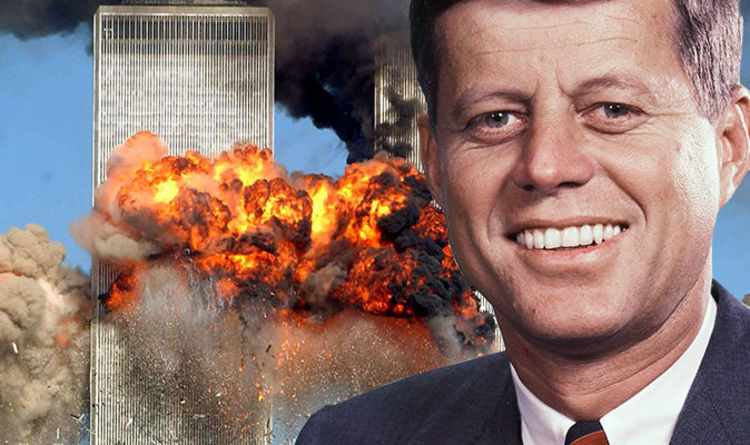 On the surface, the assassination of one man in 1963 and the murder of thousands in 2001 may not seem to have much in common. However, author Peter Scott claims that the two incidents in US history are connected by “deep politics”. In his book “The War Conspiracy: JFK, 9/11 and the Deep Politics of War” he describes “deep politics” as “sustained patterns of collusion” underlying major events.

They are not necessarily the plans of one conspiring group, but subtly shaped by the will of people in power over time, he adds.

Firstly, he notes that for both moments, key senior members of government were out of the country.

He also draws attention to insider purchases in the stock markets – for Scott, this suggests “special knowledge” of what was to come.

JFK was elected US President in 1960 (Image: GETTY)


Both events were gateways to already intended wars

Similarities also centre around the identities of the culprits behind both crimes.

The suspected shooter of JFK, Lee Harvey Oswald, was quickly identified, but using old information on file that did not match what Oswald actually looked like at the time.           –

For Scott this could indicate that Oswald was not picked up from  eye-witness accounts, but pre-selected as the “designated culprit”.

Similarly, a list of hijackers was issued on 9/11, four minutes before Flight United 93 came down in Pennsylvania.

According to Scott, investigators did this “drawing on pre-9/11 files”, showing that intelligence agencies “knew what was coming”.

In 1963, Lee Harvey Oswald emerged as a “lone deranged gunman who acted alone,” a fact that some still question.

Scott points to events that directly preceded the 2001 attacks, when the US government used the same language around a terrorist incident directly linked to the 9/11 hijackers, despite clear evidence to the contrary.

In 1990, El Sayyid Nosair, who was trained by 9/11 hijacker Ali Mohamed, was pronounced to be a “deranged gunman” who “acted alone” by police in the murder of Meir Kahane, the founder of the Jewish Defence League.

This was despite training manuals, bomb-making equipment and other evidence that “could have been used to convict” Mohamed, says Scott.

9/11 was one of the most horrific terror attacks in history (Image: GETTY)

For Scott, this suggests that the lone-gunman narrative is a tool used by the US “to protect someone or something else”.

He also says that prior investigations into the eventual culprits of both acts was “impeded”.

Oswald “was inexplicably taken off the FBI’s watch list” in 1963, when he should have been a candidate for increased surveillance, according to Scott.

In contrast, the “CIA failed to tell the FBI for months” when two of the 9/1 terrorist arrived in the US in 2000, in a pattern of “withholding information”.

One of the most commented-on factors in both events are the major wars that followed.

After JFK’s death, American military involvement in Asia was upped, leading to the Vietnam war.

Similarly, the invasion of Afghanistan and Iraq was spearheaded by the US very shortly after 9/11.

Scott sees them both as “gateways to already intended wars”.

The intended outcome, he says, is to engineer a state of “permanent war” – and a state of perpetual warfare  gives a “permanent justification for curtailing liberties”.