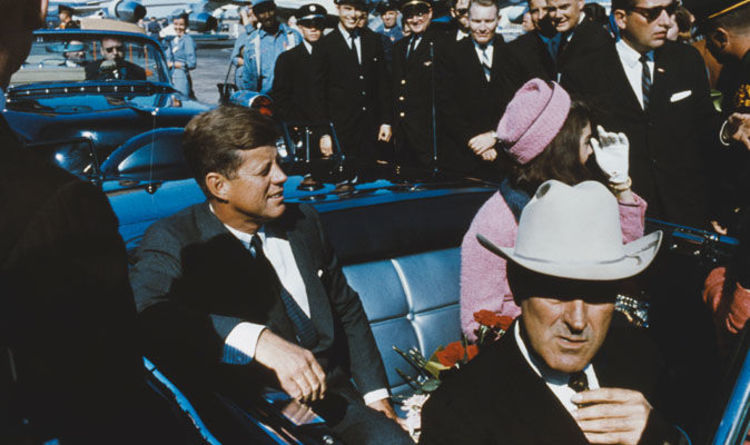 
The 35th President of the United States was shot dead in Dallas, Texas, US, on November 22, 1963. Both the FBI and the Warren Commission officially concluded that Lee Harvey Oswald acted alone, shooting the 46-year-old as his motorcade made its way down Dealey Plaza. However, over the years, theories have argued against the official story, with claims a second shooter could have been present.

Some have pointed out inconsistencies in the official reports, with the postmortem doctors missing a key detail.

Dr. James Humes led a team of three pathologists to conduct the autopsy at the Bethesda Naval Medical Centre on the evening of Friday, November 22.

Originally it was a team of two, but neither Humes or his assistant J. Thornton Boswell had credentials in forensic pathology.

A third member, Dr Pierre Finck, a forensic pathologist, was added to the team as a result.

Admiral Berkley, who accompanied the body to Bethesda hospital, initially tried to take control of proceedings.

He ruled that a full examination was unnecessary since the presumed assassin, Oswald, was under arrest.

There was no need, Burkley said, to severely disfigure the president’s corpse and upset his family.

Though Humes rejected this idea, he did admit that he felt “rushed” by the presence of JFK’s wife, Jackie Kennedy, who was waiting on the 17th floor of the hospital.

“It did harass us and cause us difficulty,” he revealed.

Humes and his team ruled that Kennedy had been shot in the back of the head, but could not find the exit wound of the bullet.

He revealed how doctors had cut into the president’s badly damaged windpipe to allow him to breathe, exactly where a small wound was.

Perry detailed how this could possibly be the exit hole for the bullet.

With this new information, Humes began writing up a fresh autopsy report.

However, his original notes, which he had drafted at the morgue, were covered in blood.

Humes decided to destroy every piece of paper in his custody, except the final draft.

He was determined, he said, to keep the bloodied documents from falling into the hands of “ghouls”.

He threw the entire pile into the fireplace and watched them burn to ash.

He said: “I noticed these bloodstains were on these documents that I had prepared.

“I thought ‘nobody’s going to ever get these documents’.

“Everything that I had exclusive of the report, I burned,” he said later. “I didn’t want anything to remain. Period.”

These Mysterious Fungi Belong to an Entirely New Branch on The Tree of Life : ScienceAlert
People in Portland Planted Trees. Decades Later, a Stunning Pattern Emerged : ScienceAlert
10 Days After Its Launch, Orion Has Successfully Entered Lunar Orbit : ScienceAlert
Mars Once Had So Much Water, It Could Have Been An Ocean World, Scientists Say : ScienceAlert
Colossal Exoplanet Is One of The Most Massive Super-Earths Ever Discovered : ScienceAlert