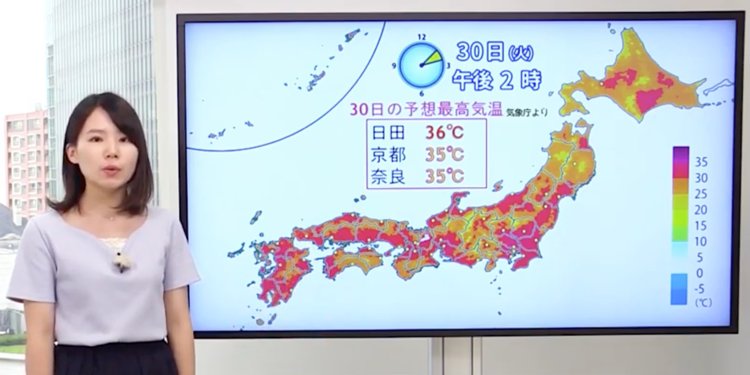 
The current Japan heat wave has been declared Natural Disaster after 57 people died, and more than 18,000 were taken to hospital within a week.

High temperatures have plagued Japan for weeks, and show little sign of stopping.

57 people died and 18,347 people were taken to the hospital in the space of a single week as Japan grappled with a powerful heat wave.

The figures are for July 29 to August 4, and were released at the beginning of this week. They paint a bleak picture of how Japan is coping with its ongoing high temperatures.

Just over half of those hospitalized were aged 65 and older. It is common for the very old and very young to suffer badly under extreme temperatures.

The highest number of hospitalizations occurred in Tokyo, with more than 1,800 people hospitalized.

High temperatures have plagued Japan for weeks, resulting in scores of heat-related deaths this summer.

Last month, more than 80 people died in a heat wave where temperatures climbed above 40 C (104 F) in parts of the country.

Then temperatures reached a record 41.1°C (105.8°F), prompting Japan’s Meteorological Agency to issue a warning that the heat posed a “threat to life.”

The heat wave in Japan has now been recognized as a natural disaster.