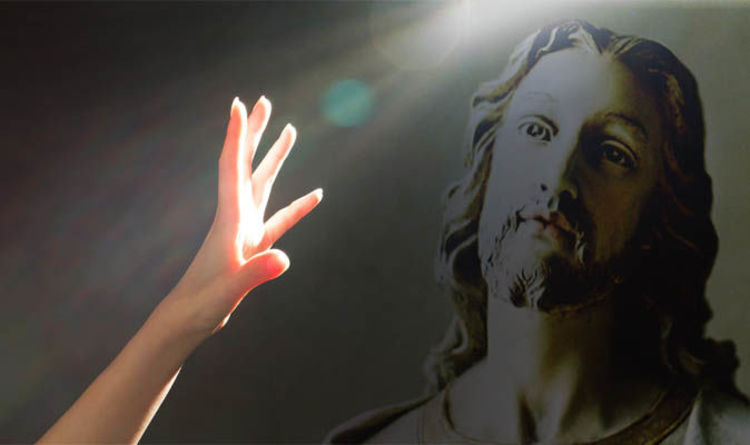 
The man, who revealed his name only as Desmond H, believes he encountered the almighty Creator after nearly dying at the age of 15.

Desmond shared his incredible account of the afterlife with the Near Death Research Foundation (NDERF) – a group collecting case-studies of NDEs.

He told the NDERF he suffered a surgery-related clinical death in 2014 after a sudden asthma attack during an aortic valve replacement surgery.

Before his consciousness was plunged into “the void”, Desmond said his spirit left his body and levitated above the operating theatre.

He said: “Next, I found myself in a Dark Place that NDErs call ‘the void.’ I call it the ‘Dark Place.’

“My time in the Dark Place was without emotion or thoughts, yet I was sentient. There was nothing to see, feel, or know in The Dark Place.

“I did not experience any emotions during the experience. I lost my personality, memories, and emotions.

“All of a sudden, a very loud voice spoke to me out of nowhere. The male voice loudly and slowly said, ‘God.’”

Desmond then claimed he was brought back into the light of life before he could further see who the voice belonged to or where it was coming from.

Following the experience, he said he was left in a comatose state for two weeks and later could not walk for more a month.

But besides the physical ailments he suffered, Demond said he found a joy and existential pleasure from establishing a link with God himself.

Up until the point of his NDE, the man considered himself a staunch anti-theist who “hated the Christian God”.

However, in the aftermath of his brush with death he found a reinvigorated faith in God and a belief in the afterlife.

Desmond said: “I believe that the naturalistic worldview is as false as it is existentially pleasing.

“Our lives are not terribly long and everybody will see God once we are dead.”

But could there be a more relational and medically explained reason for Desmond’s visions on the operating table?

Many medical experts examining NDE case studies believe visions of the afterlife only occur during moments of cardiac arrest when the brain is still conscious.

According to neurologist Oliver Sacks, memories of the afterlife are created by a brain trying to make sense of an unknown situation.

The reason why they feel to be incredibly realistic is because hallucinations “deploy the very same systems in the brain that actual perceptions do”.

An Experimental Surgical Robot Is Headed to The International Space Station
Record-Breaking Experiment Could Solve a Huge Challenge in Quantum Computing
Water Can Spontaneously Form Hydrogen Peroxide, And We Finally Understand Why
‘Structured Water’ Is Not What People Claim. Don’t Believe The Hype, Scientist Says
Extreme Drought in Italy Reveals Hidden Bomb Submerged in River Since WWII