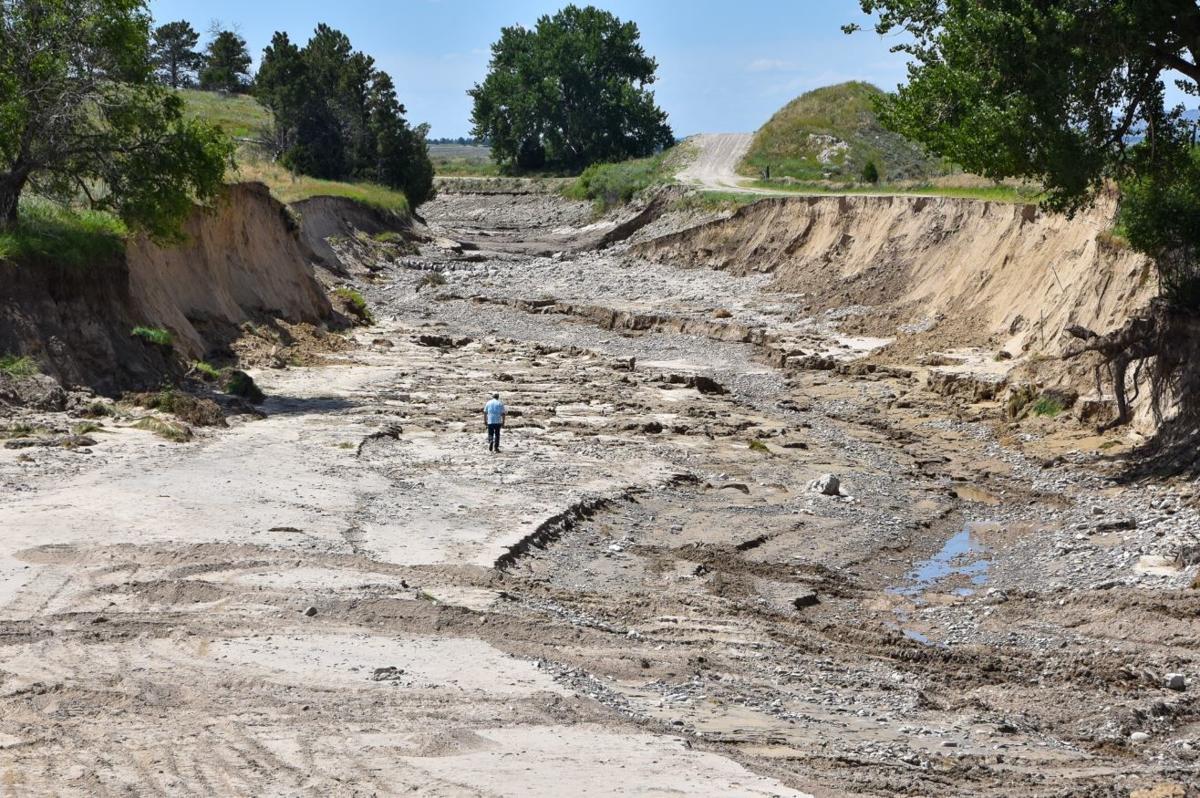 
Officials in Nebraska and Wyoming were scrambling Thursday to respond to an irrigation tunnel collapse that cut off water to more than 100,000 acres of farmland in both states.

And that during one of the hottest and driest times of year… A major threat to the region’s economy.

The collapse prompted governors from both states to declare an emergency, freeing up state resources to help local officials and laying the groundwork to request federal assistance.

The 14-foot-wide tunnel that collapsed is part of the Fort Laramie Irrigation Canal that runs above and below ground, delivering water from a pool created by the Whelan Diversion Dam on the North Platte River to eastern Wyoming and western Nebraska.

The arid region is dominated by irrigated farms that rely on the water to grow corn, sugar beets and alfalfa, but may have to do without for the next month.

“It’s 95 degrees right now and there’s no chance of rain,” said Rob Posten, general manager of the Goshen Irrigation District in Wyoming. “This couldn’t have happened at a worse time.“

Posten said officials still don’t know why the 102-year-old tunnel collapsed or how much it will cost to repair the damage. Engineers are currently working on a temporary fix to shore up the tunnel that will cost an estimated $2 million and could take up to 25 days to complete. Posten said recent inspections of the tunnel found no major concerns. The tunnel is about 100 feet below ground.

The collapse caused water to back up on the Wyoming side and bust through the canal’s walls, said Michael Pearlman, a spokesman for Wyoming Gov. Mark Gordon. The breach flooded nearby farmland and prevented any more water from flowing down the canal.

Pearlman said Gordon “recognizes that this is a serious emergency.“

Nebraska Gov. Pete Ricketts promised to use his state’s resources to help farmers who have lost water “at a critical time in the growing season.” The canal provides water to about 55,000 acres of Nebraska farmland.

Posten said his 12-member staff is working 16-hour days to try to fix the damage and brought in a contractor from St. Louis to help.

Although they haven’t confirmed a cause, officials believe the tunnel may have collapsed because of unusually heavy spring rains and snowfall that saturated the soil above it, said Nebraska state Sen. John Stinner, who represents part of the affected area. The waterlogged soil would have placed substantially more weight on the tunnel.

Stinner said farmers in the area are trying to remain positive.

“Everybody’s hoping we can get a break in the weather. Some rain would be helpful,” he said. “It’s a day-by-day thing.“

Nebraska state Sen. Steve Erdman, a farmer who lives in the area, said the breach will cause major economic damage in western Nebraska that could reverberate through the whole state.

Erdman said farmers who are affected will likely see major losses, and the state may have to help cover the canal and tunnel repair costs. Unlike storms that damage crops in one swoop, the sudden loss of water is forcing many to decide whether they want to continue investing in this year’s crop to try to salvage what they can, even though they’re at risk of losing it all.

“It weighs on your psyche,” Erdman said.

Well after losing millions of calves in the floods, now, Nebraska and Wyoming are facing major crop losses, that will not only be bad for those states but also for the global US economy. Be prepared for food shortages and food prices going up like crazy!