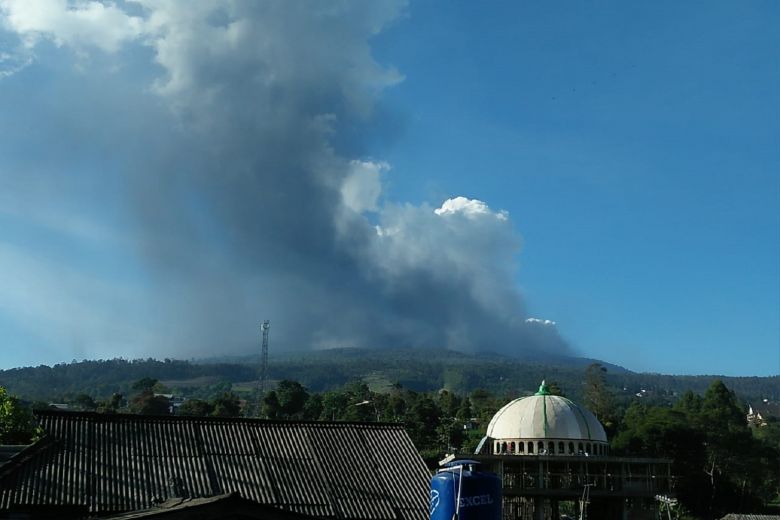 
Indonesian authorities issued a flight alert notice after a volcano erupted near the country’s third-biggest city of Bandung on Friday (July 26) afternoon.

The first eruption in 36 years ejected ash some 200m above the summit and triggered warnings for people to stay away.

The orange Volcano Observatory Notice for Aviation (VONA) alert issued by the Energy and Mineral Resources Ministry’s Geological Agency indicates that volcanic ash particles are still lingering 1,000 feet above the crater of Tangkuban Parahu volcano, about 30km north of Bandung, the capital of West Java province.

Broadcasters showed footage of cars and motorbikes driving away from Tangkuban Parahu on roads covered by ash.

The disaster mitigation agency said the tourism spot had been closed.

Indonesia’s Volcanology and Geological Disaster Mitigation Centre (PVMBG) continues to evaluate impacts of the eruption in the volcano whose alert is still set at normal grade of Level I at present, Agus said.

PVMBG said that rain of volcanic ashes has affected 1 to 2km of areas around the volcano’s craters.

Located 161km south-east from Jakarta, the Tangkuban Parahu volcano stands 2,284m above sea level, and is a popular destination for both foreign and domestic tourists.

The eruption that occurred at 3.48pm Jakarta time has prompted local authorities to evacuate tourists from the volcano craters.

PVMBG said low intensity of ground tremors were also felt during the eruption that lasted 5 minutes and 30 seconds.

Indonesia is on the so-called Pacific Ring of Fire and has scores of active volcanoes, sometimes posing a threat to life and disrupting air travel, particularly on the most heavily populated islands like Java and Bali.