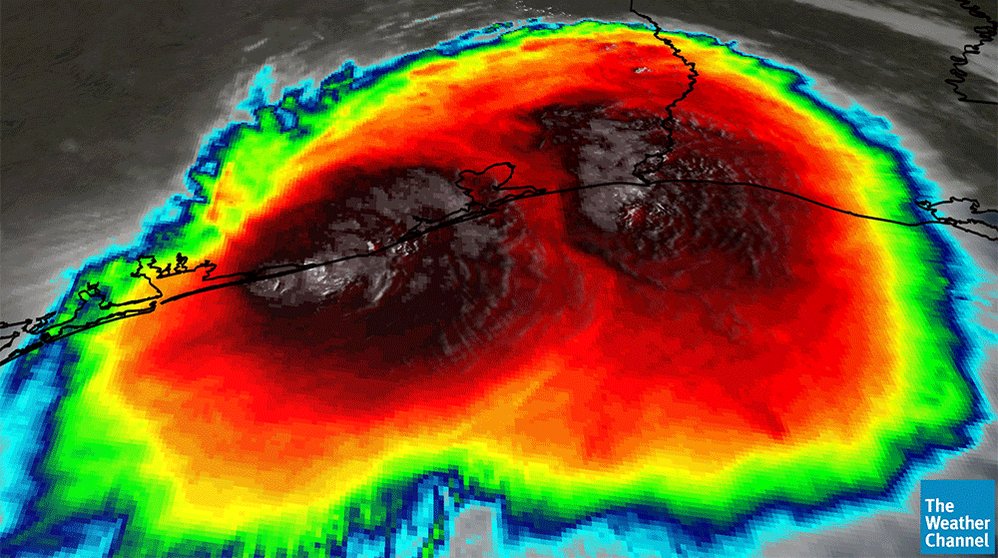 
Heavy rain and street flooding were reported in parts of coastal Texas as Tropical Depression Imelda moved across the state.

And on Wednesday evening, a confirmed tornado left some structures damaged east of Houston.

#Imelda rain amounts up to 21″ measured in coastal #txwx with the cloud tops bubbling high into the atmosphere pic.twitter.com/p3zYMnCmbB

At about 5 p.m. local time, numerous witnesses reported a tornado near the Baytown and Highlands areas, some 20 miles east of downtown Houston.

Shortly after, some structures were seen with damage, which was believed to have been caused by the twister.

There were no reports of injuries in the immediate aftermath of the tornado. But in the Main Street area of Baytown, several homes were damaged, and the cleanup began shortly after the storm passed.

“This is bad. This is terrible … because everything was replaced here and now it’s not,” an unidentified man whose brother’s mobile home was damaged by the tornado told KTRK-TV.

Floods Affect Travel in Some Areas

A photojournalist with the Houston Chronicle posted video on social media that showed street flooding in Freeport, where more than 15 inches of rain had fallen. Residents there said the floodwaters had come dangerously close to their homes before starting to recede.

The station reported that several roads were impassable and some cars had become stranded in high water. The City of Galveston said on Twitter that some public transportation services had been suspended due to the weather.

Island Transit Update: All Island Transit services are suspended until further notice due to weather conditions.
This includes all fixed routes, Dial-a-Ride and rubber wheel trolleys. We will update when service is operational. Remember: Turn around, don’t drown! pic.twitter.com/MZoYThKdS5

Galveston Independent School District announced that no classes would be held Thursday, and Livingston ISD said there would be a two-hour delayed start, according to KHOU. At least two dozen school districts across the region had canceled classes on Wednesday, including Galveston, High Island ISD and Texas City ISD. Several local colleges, including Houston Community College campuses and Galveston College were also closed.

While no severe impacts had been reported in Houston, Harris County Flood Control meteorologist Jeff Lindner warned that residents should remain alert.

“We are a little bit concerned going into the afternoon if we get some of those intense rainfalls and some of these bands” from the storm, Lindner told The Weather Channel.

Heavy rainfall overnight and this morning had already saturated the ground in some areas, he added.

There were reports of cars stalled in standing water in the Houston area, and a frontage road on the south loop of Interstate 610 was blocked early Wednesday morning when part of the freeway embankment gave way and slid onto the road. Source

Several Ancient Viruses Have Been Discovered in 15,000-Year-Old Glacial Ice
Scientists Have Grown Snake Venom Glands in The Lab. Here’s Why That’s Awesome
Divers Discover a Magical Bubbling Underwater Spring on The Ocean Floor
Betelgeuse Just Keeps Getting Dimmer, And We Have No Idea Why
Scientists Have Found ‘Surprising’ Interstellar Material Older Than The Solar System