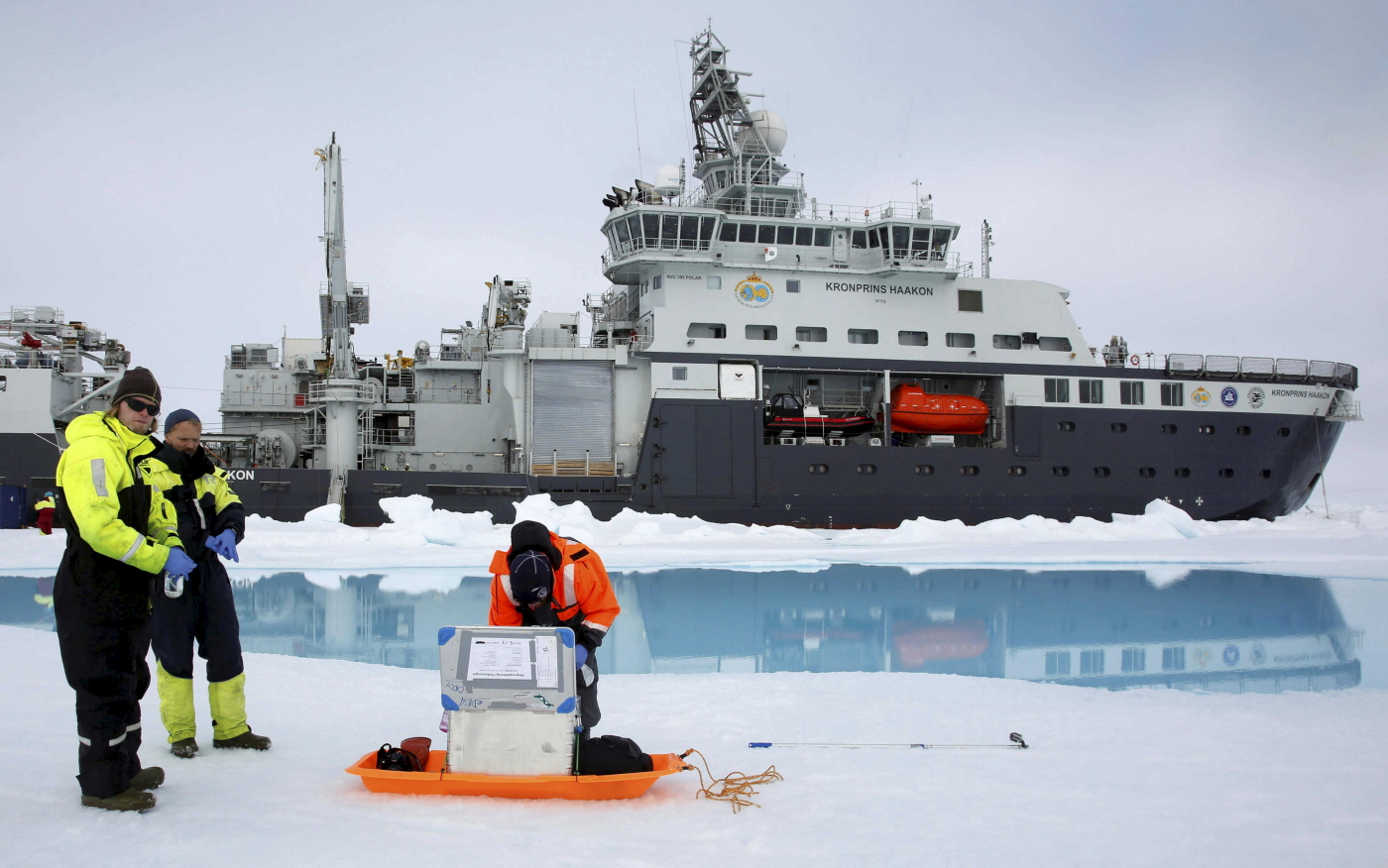 
Can you imagine that? Yes, we are in the middle of July.

The Norwegian icebreaker “Kronprins Haakon” (Crown Prince Haakon) was forced to turn back north of Svalbard after meeting unbreakable ice up to 10 ft thick on its way to North Pole.

Not even 20,000 horsepower and an experienced crew were enough to beat the massive ice blocks in the Arctic Ocean.

“Large and thick chunks of one-year ice mixed with huge masses of multi-year ice stuck together and built up an impenetrable and indestructible ice cover,” said Captain Johnny Peder Hansen.

The ice is up to three meters (almost 10 feet) thick in the middle of July, and not even the researchers’ long special-purpose chainsaws were able to penetrate the ice.

Within the last few years, satellite images have shown that there is little ice in the Arctic Ocean, but winter conditions have changed. Polar bears had been spotted on Bjørnøya this past winter. That is in the middle of the Barents Sea… and clearly shows shows that the ice edge was very far south this year.

“This is really weird. We would have expected more melting and the ice to be more brittle and to disintegrate more easily in the middle of July,” said Captain Hansen, who’s been working for several decades on various research vessels in the Arctic.