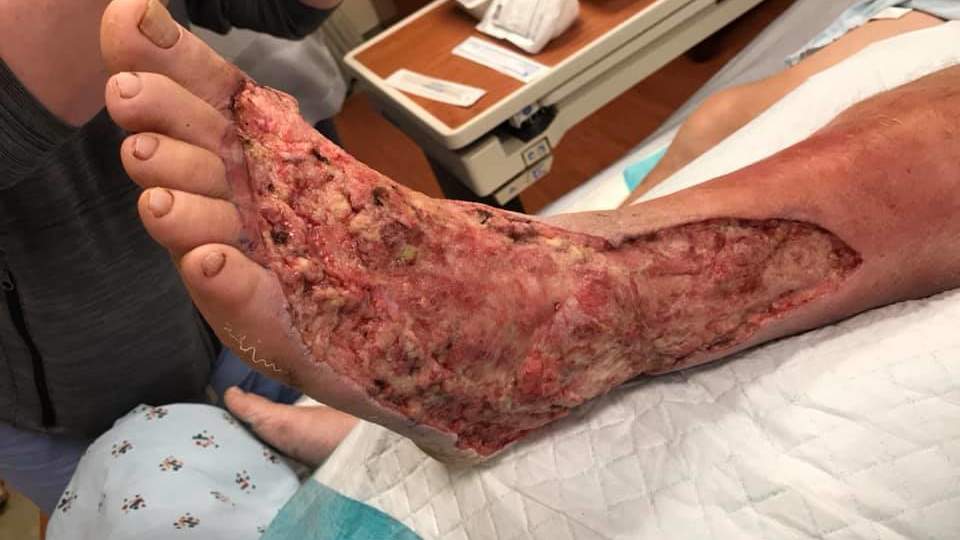 
Several cases of flesh-eating bacteria have put people in hospitals and killed some across the United States.

So, how common is this ? And how to avoid necrotizing Fasciitis?

Flesh-Eating Bacteria on the Rise?

According to CDC, there are no reports confirming a rise in cases of flesh-eating bacteria this year. Is it really a phenomenon amplified by social media?

Necrotizing fasciitis is the death of the deep tissue. Multiple types of bacteria can become “flesh-eating,” including group A Streptococcus, which causes sore throats but is not associated with water.

Twenty to 30 types of bacteria can be a source. The bacteria associated with saltwater and from eating raw oysters is Vibrio vulnificus, while the bacteria found in freshwater sources like the Tennessee River is Aeromonas.

Vibrio vulnificus and Aeromonas are naturally occurring in warmer waters. And July and August are the months when the chance of contracting the bacteria goes up as the bacteria and the number of people enjoying the water increase.

So far this year, nine have contracted the infection in the region and one person has died. According to the Virginia Department of Health, Vibrio parahaemolyticus is the most commonly reported type of Vibrio infection in that state. The number of cases tends to increase between April and October due to warmer seawater temperatures.

How to Avoid Flesh-Eating Bacteria Disease?

While rare, some people are more susceptible than others to getting necrotizing fasciitis. Individuals with other illnesses and health problems that can lower the body’s ability to fight infections like diabetes, kidney disease, scarring of the liver and cancer, are more likely to contract it.

People shouldn’t be afraid of the lakes or rivers or oceans, as long as they are otherwise healthy and don’t have open wounds. In other words, there’s any particular risk to most people.

If someone has an open wound, he or she should avoid going in the water. However, if you happen to scratch your leg on a broken shell while in the water, for example, look for certain symptoms to know if you possibly have contracted bacteria.

Early symptoms, according to the CDC, are:

If these symptoms are present, it is advised to go to the hospital. In the worst-case scenarios, patients can lose entire limbs or die if the bacteria isn’t caught early enough. If diagnosed early, patients can receive antibiotics, although it can still be difficult to treat.

The Tennessee Department of Environment and Conservation monitors bacteria levels in hundreds of locations across Tennessee and uses E. coli as an indicator for the presence of bacteria, following the federal Environmental Protection Agency’s guidelines for which contaminants are monitored routinely.

Most cases of necrotizing fasciitis occur randomly. It is very rare for someone to spread the infection to other people. “For this reason, doctors usually do not give preventive antibiotics to close contacts of someone with necrotizing fasciitis,” according to the CDC.

Moving North as the climate warms

Since the bacteria live in warmer waters and there has been an increase in ocean temperatures, the bacteria can now be found further North in parts of the country that you hadn’t seen necessarily seen before.

Combined with an aging population that is living longer and more people taking immunosuppressive medications, the number of cases could increase.