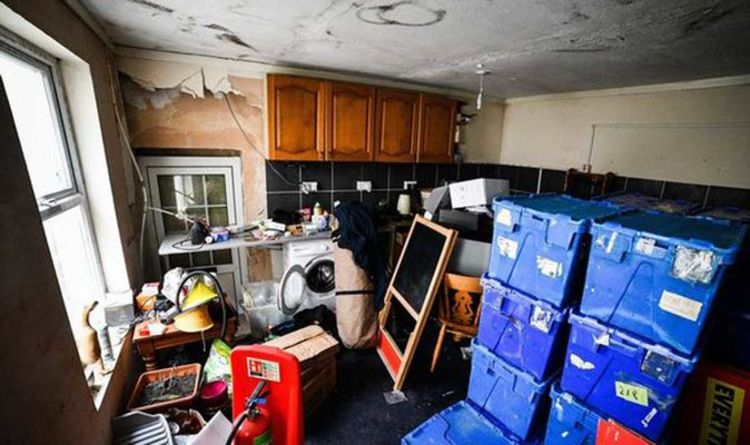 
Alan and Christine Tait, both 62-years-old have recorded several hours of footage in which they claim to have heard a woman screaming, dogs barking and even a police siren coming from their home. Following their investigation into the supernatural, the pair planted recording devices all over the Ammanford house and could not believe the results. Mr and Mrs Tait were so terrified they now live in a camper van. Mrs Tait told Wales Online: “It was like a flushing noise that I heard first.

“I told Alan about it and that I couldn’t figure out where it was coming from. He left his phone in the bathroom with the recorder on to try to pick up the source of the noise, and then we could hear a machine running.

“We started to record all over the house, and we picked up the sounds of chains, a motorbike starting, and people screaming.”

The pair claim to bizarre sounds have been occurring since June 2018 and coming from below the ground.

“The device we left in the basement picked up the screaming and other noises.

“The other devices, which were recording simultaneously at the front and back of the property, picked up nothing at all.”

Mr Tait has said hundreds of people have been in contact with him about the supernatural experience.

Dyfed-Powys Police has confirmed it attended the area in November 2018.

The force did not find any evidence of any wrongdoing.

The couple also invited reporters from the WalesOnline into the property, however the only ghostly experience recorded on their listening device, turned out to be a single spike as they left the propery.

However this has not deterred the couple into proving their theory and have vowed to travel the country to raise awareness.