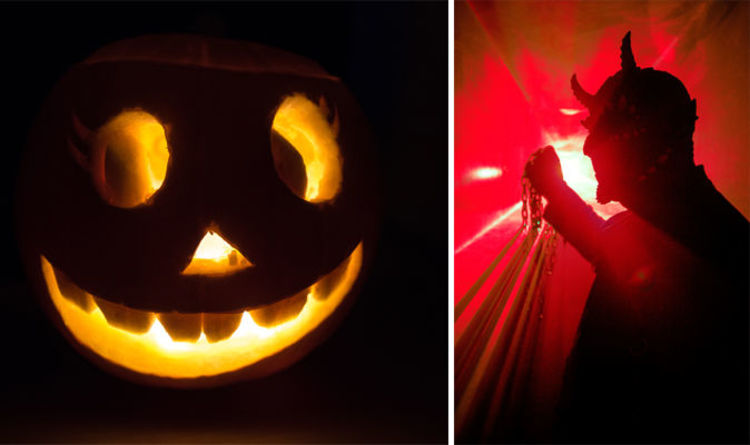 
As youths across the globe prepare to don spooky outfits for Halloween, one MP in Russia has taken issue with the annual event, blasting its ‘evil roots’.

In an address to Russian parliament, Mr Milonov said he had received countless complaints from parents who were concerned that there children were set to take part in Halloween celebrations.

Mr Milonov said: “Many schoolchildren are being persuaded to participate in this shady holiday.

“They are being forced to make costumes of imps, decorate classrooms with otherworldly attributes and prepare thematic plays.

“This holiday has pagan, anti-Christian roots. It well known that it’s based on worshiping dark forces and Satan as well as glorifying the grim Celtic cult of death.”

He added that Halloween can “draw children to mysticism, Satanism and suicide.”

Mr Milonov asked Ms Vasilyeva to “take all possible measures to prevent Halloween celebrations at schools” and added that if the rules are broken there should be “the toughest disciplinary measures to be implemented against those officials, who indulge the insight of mystical Satanism into the minds of our children.”

Halloween celebrations are rooted in the Gaelic start of winter, known as Samhai.