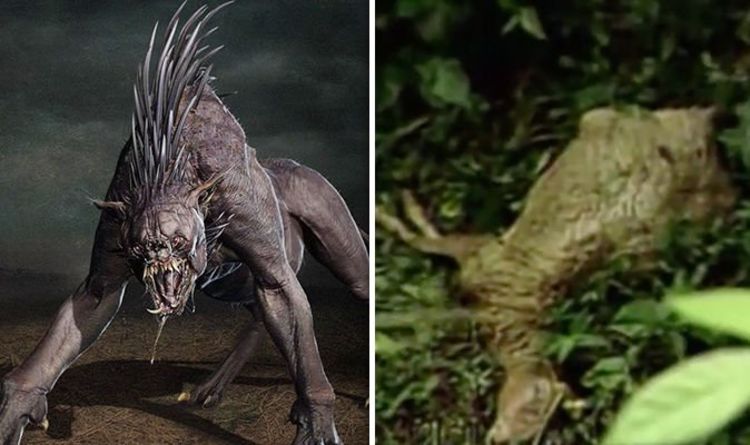 
The Chupacabra, which is Spanish for “goat-sucker”, is a legendary creature in folklore in parts of the Americas. The first reported sighting of the beast came following the 1995 Hurricane Luis that struck Puerto Rico. Following the violent storms, locals claimed to hear loud screams in the middle of the night before waking up to find their animals mutilated.

Some even declared they got a glimpse of the animal causing havoc in the local area.

It was described as being a “human-like creature with spikes on its back”.

Since the original report, countless eyewitnesses have claimed to have spotted the creature all around the world, from America to Paraguay and even Russia.

However, one bizarre theory has been reported during Netflix’s “Top 10 Secrets and Mysteries” series.

The 2016 documentary reveals how some locals claimed to have seen US officials capture and scurry the beast away in a van.

The apparent actions left some to believe it was a military experiment that had escaped a US base in Puerto Rico during the hurricane.

However, journalist Benjamin Radford was quick to shoot down the claims after spending more than five years investigating.

Bradford came to the conclusion the sightings were inspired by the 1995 film Species and were aided and abetted by faulty eyewitness accounts, lack of forensic knowledge, and mass hysteria

His account of the investigation is detailed in his 2011 book Tracking the Chupacabra: The Vampire Beast in Fact, Fiction, and Folklore.

The investigation included eyewitness interviews, forensic and folkloric research, and “a field expedition to the jungles of Nicaragua” in search of the legendary monster.

Astronomers Spot The Biggest Galaxy Ever, And The Scale Will Break Your Brain : ScienceAlert
We May Finally Know How Lightning Gets Its Zigzag Shape : ScienceAlert
Lyme Disease Is on The Rise, But There Might Be Hope in a New Vaccine : ScienceAlert
Giant Asteroid Unleashed a Devastating Martian Megatsunami, Evidence Suggests : ScienceAlert
Mummies With Golden Tongues Discovered in Ancient Egyptian Necropolis : ScienceAlert