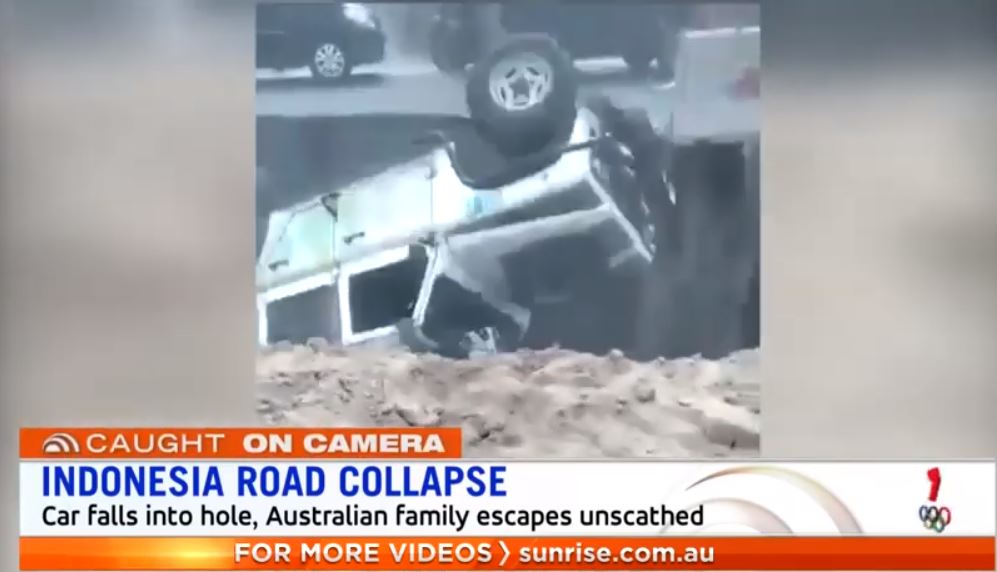 
This is the terrifying moment a huge sinkhole swallowed two cars in the city of Yogyakarta, Indonesia.

In one of the cars, an Australian family with a 20-month toddler! Everybody is fine!

CCTV cameras and witnesses with phones captured the dramatic scene, as their car and a truck behind them rolled into the hole. The truck actually went down first and broke the road up and they got sucked in after it.

After about seven hours, their car was recovered and loaded onto a truck to be repaired.

Meanwhile, the family continues traveling the world in their Land Rover. They are in their seventh month into a planned three-year journey from Australia to the UK. You can follow them online here:

And not even this huge sinkhole will stop them.