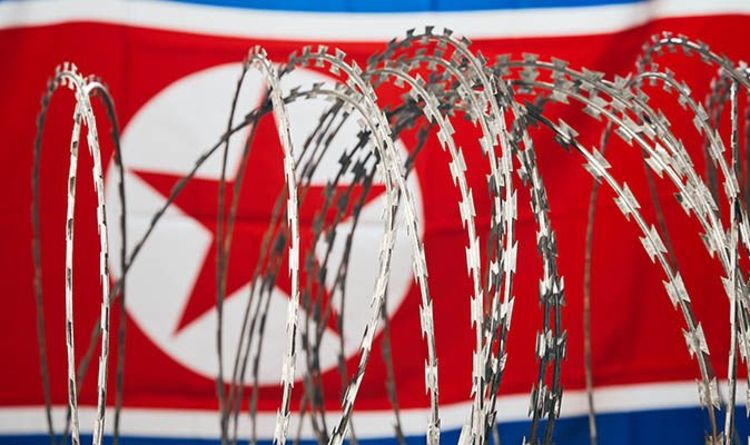 Spain is on the verge of collapse since the financial collapse of 2008, with Spain’s debt standing at 98.3 percent of GDP and unemployment at 15.2 percent as of August 2018.

Two regions of Spain could break from the country in the next few years, Catalonia has a thriving independence movement and Basque in northern Spain longs for independence.

North Korea is a self reliant country but it does not have enough resources to survive the 21st century and at some point it will have to leave behind its isolation and co-operate with other countries.

When it does open up its borders, the Kim Jong-un regime is unlikely to survive, unless the leader starts reforms in his country.

Belgium citizens are divided on ethic lines, there are two halves of Belgium, Flanders and Wallonia have little in common with each other.

Wallonia lies in the south of Belgium and is an autonomous region dominated by French speaking people and French speakers want an independent Wallonia.

The region north of Belgium is known as Flaunders and the Flemish people want an independent Flanders and so in the next 20 years Belgium could fracture, creating two new countries; Flanders and Wallonia.

China has one of the largest militaries in the world and one of the most powerful economies and the Chinese communist party cracks down on anyone who opposes them.

Many of the countries problems stem from the destruction of China’s environment, as half of China’s rivers and reservoirs are polluted and not considered safe for any form of human consumption.

According to the world bank, 250,000 Chinese people died prematurely because of pollution, the Chinese government tried to block the release of the report fearing it would cause massive social unrest.

The rise of Islamic State has brought international attention to deeply rooted divisions in Iraq, as in the 20th century, British colonial authorities drew up borders with no regard for the cultural divides of the region.

Three groups dominate Iraq, Kurds in the north, Sunnis in the west and Shiites in the south and in order for Iraq to be unitised, the Kurds will have to surrender their newfound control of Iraq’s north, and the Islamic State would have to be defeated.

The Sunnis, Kurds and Shiites will have to agree to live under one nation again, but these groups could choose to be separate each under their own flag.

The country was held together by Colonel Gaddafi until his defeat in the Libyan Civil War of 2011, but after Gadaffi’s fall the country is fracturing.

The second Libyan Civil War is ongoing but it is likely a unified Libya will not survive the conflict.

Islamic State and its territories

The Islamic State saw a rapid rise to power in early 2014, seizing a third of Iraq and Syria and it has been embroiled in conflict against a list of enemies.

In order to survive it must either defeat or make peace with Iraq, Kurdistan, the Syrian government, the fee Syrian army, Saudi Arabia, Iran and the US led coalition currently engaged in combat against the Islamic State.

The UK is on the verge of fracturing from the EU with Brexit around the corner, but Scotland is still trying to gain independence after the failed referendum in 2014.

Movements in Wales and Northern Ireland are also seeking autonomy from the rest of the country and if these regions did get independence, then the union may fall apart.

These Mysterious Fungi Belong to an Entirely New Branch on The Tree of Life : ScienceAlert
Mars Once Had So Much Water, It Could Have Been An Ocean World, Scientists Say : ScienceAlert
A Tobacco Plant Has Been Engineered to Produce Cocaine in Its Leaves : ScienceAlert
Massive Global Study Shows Belief in Witchcraft Is More Abundant Than You Might Think : ScienceAlert
It Sounds Crazy, But Walking Backwards Is Really, Really Good For You : ScienceAlert