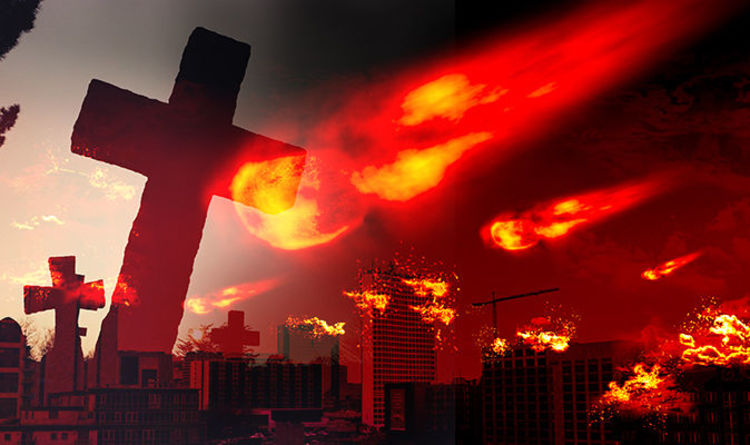 
Anyone who is not protected by shelter will perish during the Biblical 72 hour period which will see a thick darkness cover Earth where demons will be lurking, they claim.

Ultimately, this will end in the mythical planet Nibiru appearing.

Christians believe there has never been such a “rebellion against God” and that we will now suffer the same fate as those did in Sodom and Gomorrha.

Now, Christians believe we are in for the same “Holy Action”, according to website 3DaysDarkness, which states that Earth is long overdue the Biblical phenomena.

The website states that during the three days, “The sun will be darkened and not give its light.

“Fire will fall from the sky, causing worldwide destruction.

“The darkness will be thick. It will be impossible to see.

“If people do not have shelters, then they will die. Anyone who steps outside will die instantly.

“There will be no light. Only blessed candles will give light.

“During these three days of darkness, the demons will be coming for their own.”

3DaysDarkness goes on to say that anyone who so much peeps outside will be turned to stone.

According to conspiracy theorists, the signs are already there that the three days of darkness are coming.

Conspiracy site Planet X News says that the signs are: “Global auroras beyond the poles. These are beginning to appear especially within the last year or so.

“The reddening of the skies worldwide which in certain areas are just now being partially manifest.

“The close approach of an intruding celestial object–such as some of the planets of the approaching Nemesis-Nibiru system which have been photographed and videos taken of. Sightings of the “Second Sun” have been occurring for years, since at least 2009.”

Nibiru is an alleged planetary object supposedly heading towards our solar system and will cause the apocalypse on Earth which will wipe out most of the population.