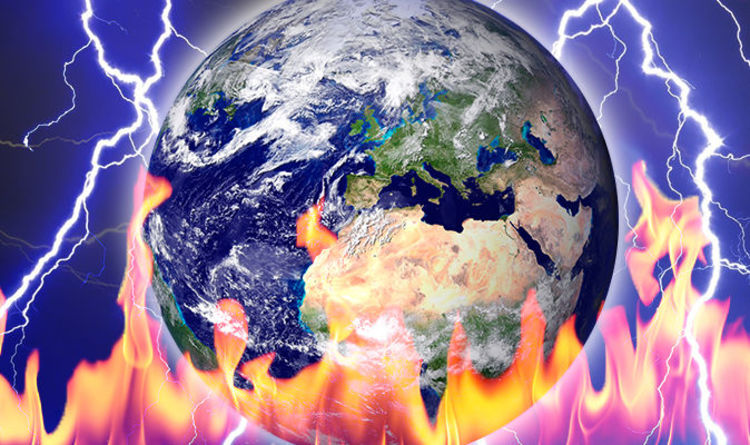 
The society, known as the Club of Rome, is an organisation claiming to share a common concern for the future of humanity and our world.

With only 101 members, the club meet to deal with the man-made dangers facing us.

Former members have included former US president Bill Clinton, former Soviet leader Mikail Gorbachev, and former US vice president Al Gore who famously said: “The most powerful voice is that of mother nature.”

The narrator adds: “According to the most colourful theories, the club is even responsible for natural disasters.”

The first report of the Club of Rome was the famous “The Limits To Growth” published in 1972.

This warned of the uncontrolled population boom that would lead to the complete devastation of our planet.

A year and a half after the report came out, the first oil crisis exploded at the same time as the Yom Kippur war between Egypt and Israel in October 1973.

This seemed to confirm that the excessive exploitation of non-renewable sources was triggering serious problems.

The only thing that is certain is that the Club of Rome truly exists, and that its members are relatively active, even in public.

According to its own website, the Club of Rome is composed of: “Scientists, economists, businessmen, international high civil servants, heads of state and former heads of state from all five continents.

“[They] are convinced that the future of humankind is not determined once and for all and that each human being can contribute to the improvement of our societies.”

We May Finally Know How Lightning Gets Its Zigzag Shape : ScienceAlert
Oldest Known Dog Bone Hints Our Best Friends Were With Us Earlier Than Thought : ScienceAlert
Mysterious Tendrils Inside The Brain May Control Our Perception of Time : ScienceAlert
Psychologists Found a Weird Trick That Changes How Food Tastes : ScienceAlert
The Brains of Teenagers Look Disturbingly Different After Lockdown : ScienceAlert