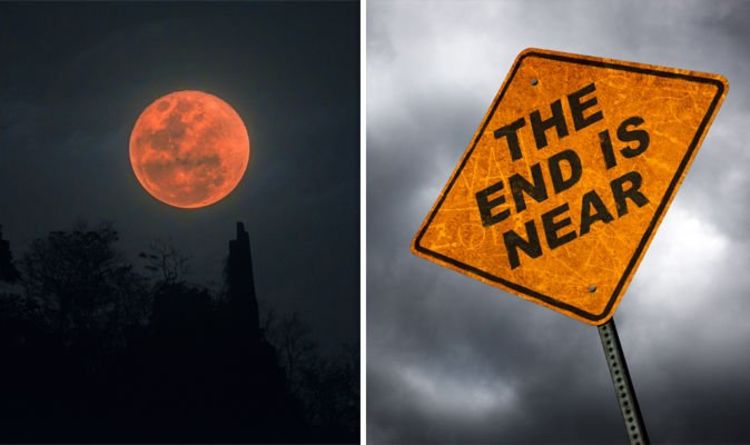 
On January 21, the moon will take on a slight red taint in something known as a blood moon. However, one pastor believes the natural lunar phenomenon is actually a sign of the apocalypse and has linked it to a host of events, including the birth and inauguration of President Trump, the establishment of Israel and several Jewish holidays. Pastor Mark Biltz said: “There are some incredible patterns that are happening that seem beyond coincidence.”

One explanation Pastor Blitz has given for the astonishing claim is President Trump was born on the same night as a total lunar eclipse and exactly 700 days before Israel was established as a sovereign state on May 14, 1948.

This was accompanied by blood moons falling on Jewish holidays in the ensuing years.

Pastor Blitz told WND: “Trump was born on the night of June 14, 1946, within 15 minutes of a total lunar eclipse and 700 days before the state of Israel was established.

“Even more significant is the fact that there was another Blood Moon on Tu B’Shevat last year! Last year the blood moon was seen over the Middle East and this year will be seen over the US.”

Pastor Blitz adds that in the Bible, “everything is to be established by two or three witnesses”, and with the next supermoon to be on February 19, he believes something significant is in the making – likely being a major war in the Middle East.

He said: “Jerusalem will not have walls and the God of Israel will protect her.

“The big problem at that time and at this same time as well is the people of the nation of Israel not understanding it is the time to rebuild the Temple!

“I am saying the patterns show this year could possibly bring a war in the Middle East but Israel will be victorious and we may see a declaration for the rebuilding of the Temple.”

However, scientists have a more simplistic and natural explanation for the blood moon.

When the moon begins to emerge from the Earth’s shadow following a lunar eclipse, this is when the blood moon will occur.

This is because the light from the sun is being bent when it passes through the Earth’s atmosphere.

Astronomers Confirm The Earth-Sized Planet at Proxima Centauri Is Definitely There
This Early Human ‘Eden’ Was So Lush, Even Migratory Animals Didn’t Bother to Move
Some Humans May Have a Weird Pregnancy Quirk Inherited From Neanderthals
Astronomers Just Found an Extremely Rare ‘Ring of Fire’ Galaxy in The Early Universe
Astronomer Calculates The Odds of Life Emerging on Earth, And We May Not Be So Special