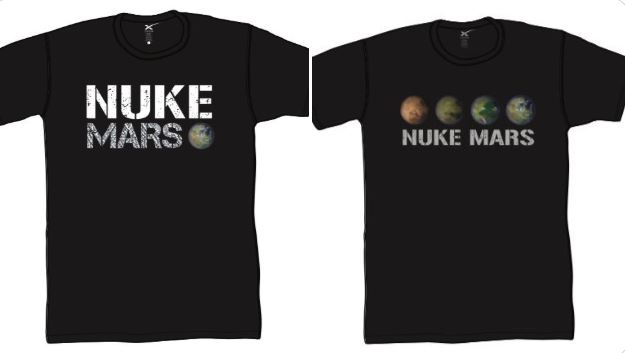 
The eccentric CEO revives radical idea to make the red planet habitable by bombing the poles in bizarre tweet.

and don’t worry, the t-shirts will arrive soon:

By detonating nuclear bombs over both of the planet’s poles, Musk has posited that the process would release enough carbon dioxide – locked in frozen reserves beneath the planet’s surface – to warm the atmosphere and help bring it closer to that of Earth.

Kind of crazy, no?