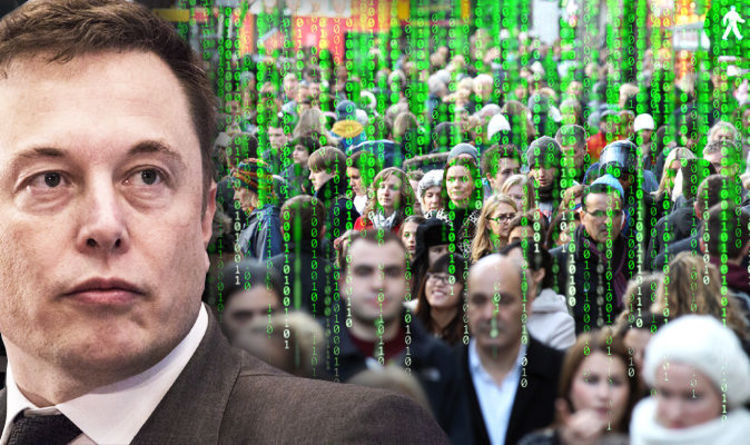 The controversy-ridden entrepreneur says we are trapped in a “Matrix”-like existence and that we are part of a more powerful civilisation’s simulation.

Mr Musk, who is facing a legal battle after calling one of the Thai cave rescuers a paedophile, was speaking on popular podcast The Joe Rogan Experience.

The South African born billionaire said as the universe is almost 14 billion years old, there would have been plenty of time for a civilisation to arise before people came to be on Earth less than 10,000 years ago.

The older society most likely created ours, he believes, comparing real life to the progress of video games in the past few decades.

He told the podcast: “If you assume any rate of improvement at all, then games will be indistinguishable from reality, or civilisation will end. One of those two things will occur.

“Therefore, we are most likely in a simulation, because we exist.

“I think most likely — this is just about probability — there are many, many simulations.

“You might as well call them reality, or you could call them multiverse.”

Mr Musk has been a long standing believer in the simulation theory. Back in 2016 he also compared life to a video game.

He said: “The strongest argument for us probably being in a simulation I think is the following; 40 years ago we had Pong – two rectangles and a dot. That’s where we were.

“Now 40 years later we have photorealistic, 3D simulations with millions of people playing simultaneously and it’s getting better every year. And soon we’ll have virtual reality, we’ll have augmented reality.

A civilisation more powerful than ours would have created the simulation, says Elon Musk (Image: GETTY)

He furthered his argument by saying that even if the progress of video games dropped drastically, they would still be advancing significantly relative to real life.

This means that games will soon become as realistic as real life, and that “it would seem to follow that the odds that we’re in ‘base reality’ is one in billions”.

French philosopher René Descartes originally proposed a simulation theory when he wrote about the brain-in-a-vat in his 1641 Meditations on First Philosophy where he said that our minds are all being controlled from a laboratory.

Since then, technology has advanced so much and, coupled with the rise of AI, many believe that we are living inside a virtual reality.

Philosopher René Descartes originally proposed a simulation when he wrote about the brain-in-a-vat (Image: GETTY)

Descartes’ theory was made popular again in 2003 when philosopher Nick Bostrom wrote a paper titled ‘Are you living in a simulation?’.

Mr Bostrom suggests future generations will be able to create computers so powerful that we will not be able to distinguish between reality and simulations.

He wrote: “Because their computers would be so powerful, they could run a great many such simulations. Suppose that these simulated people are conscious (as they would be if the simulations were sufficiently fine-grained and if a certain quite widely accepted position in the philosophy of mind is correct).

“Then it could be the case that the vast majority of minds like ours do not belong to the original race but rather to people simulated by the advanced descendants of an original race.

“It is then possible to argue that, if this were the case, we would be rational to think that we are likely among the simulated minds rather than among the original biological ones.”

So obsessed with the simulation theory, some leading minds have donated billions to prove it.

Tech innovators at Silicon Valley, home to the headquarters of many of the technology world’s biggest companies such as Apple, Facebook and Google, are apparently at the forefront of the research.

Mr Musk has been a long standing believed in the simulation theory (Image: GETTY)

In a 2016 New Yorker profile on Sam Altmon of Y Combinator – a company that nurtures and speeds up the growth of start-up tech firms – he revealed that Silicon Valley, including Mr Altmon, is “obsessed” with the idea of computer simulations.

The piece reads: “Many people in Silicon Valley have become obsessed with the simulation hypothesis, the argument that what we experience as reality is in fact fabricated in a computer; two tech billionaires have gone so far as to secretly engage scientists to work on breaking us out of the simulation.”

Why Do Kids Get Worms, And What Can You Do to Prevent It? : ScienceAlert
Plants Have Been Keeping a Secret From Us About How Thirsty They Actually Are : ScienceAlert
Scientists Just Broke The World Record For The Most Powerful Stable Magnetic Field : ScienceAlert
Clinical Trial Restored Sight to 20 People With Corneas Made From An Unlikely Source : ScienceAlert
Researchers in South America Discover a New Species of Tiny but Tough Dinosaurs : ScienceAlert