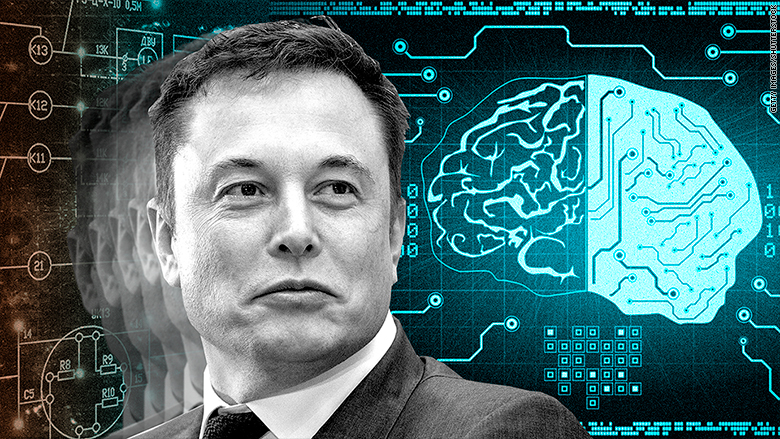 And insert Bluetooth-enabled implants into your brain to enable telepathy and repair motor function in people with injuries.

Speaking on Tuesday, the CEO of Tesla and SpaceX said his Neuralink devices will consist of a tiny chip connected to 1,000 wires measuring one-tenth the width of a human hair.

The chip features a USB-C port, the same adapter used by Apple’s Macbooks, and connects via Bluebooth to a small computer worn over the ear and to a smartphone, Musk said.

“If you’re going to stick something in a brain, you want it not to be large,” Musk said, playing up the device’s diminutive size.

Neuralink, a startup founded by Musk, says the devices can be used by those seeking a memory boost or by stroke victims, cancer patients, quadriplegics or others with congenital defects.

The company says up to 10 units can be placed in a patient’s brain. The chips will connect to an iPhone app that the user can control.

The devices will be installed by a robot built by the startup. Musk said the robot, when operated by a surgeon, will drill 2 millimeter holes in a person’s skull. The chip part of the device will plug the hole in the patient’s skull.

“The interface to the chip is wireless, so you have no wires poking out of your head. That’s very important,” Musk added.

Trials could start before the end of 2020, Musk said, likening the procedure to Lasik eye correction surgery, which requires local anesthetic.

Musk has said this latest project is an attempt to use artificial intelligence (AI) to have a positive effect on humanity. He has previously tried to draw attention to AI’s potential to harm humans.

He has invested some $100 million in San Francisco-based Neuralink, according to the New York Times.

Musk’s plan to develop human computer implants comes on the heels of similar efforts by Google and Facebook. But critics aren’t so sure customers should trust tech companies with data ported directly from the brain.

Who will get the data?

“The idea of entrusting big enterprise with our brain data should create a certain level discomfort for society,” said Daniel Newman, principal analyst at Futurum Research and co-author of the book Human/Machine.

“There is no evidence that we should trust or be comfortable with moving in this direction,” he added.

While the technology could help those with some type of brain injury or trauma, “Gathering data from raw brain activity could put people in great risk, and could be used to influence, manipulate and exploit them,” Frederike Kaltheuner of Privacy International told CNN Business. “Who has access to this data? Is this data shared with third parties? People need to be in full control over their data.“

The tech industry is coming under heightened scrutiny over how it handles data.

Big companies have never enough. after controlling the world, they want to control your soul… We have to fight against this new kind of slavery… At least I will try!

Scientists Say We Need These 6 Things For Us to Meet Our Climate Goals
Chang’e 4 Team Just Released Beyond Amazing New Pics of Our Moon’s Far Side
Snakes Are The Likely Source of China’s Deadly Coronavirus. Here’s Why
Mysterious Footprints Indicate Neanderthals Climbed a Volcano Right After It Erupted
Astronomers Have Caught a ‘Vampire’ Star in The Act of Draining Its Companion