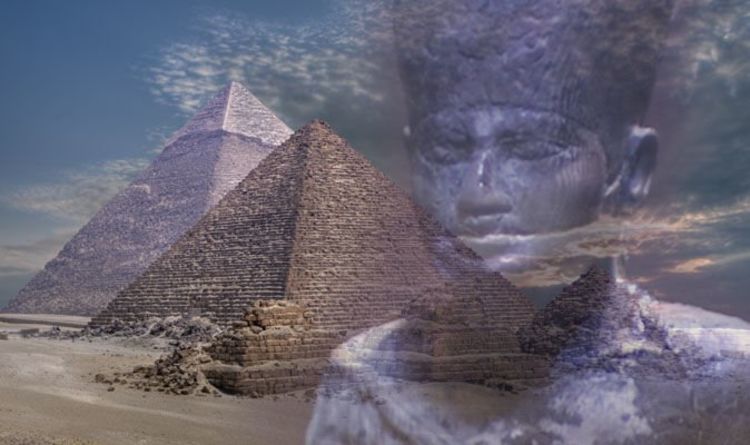 
At the Egyptian Museum in Cairo, the treasures of the pharaohs are on display. Millions of pieces chronicle the prestigious history of one of humanity’s most brilliant civilisations. But, paradoxically only has two elements are directly linked to the Great Pyramid.

Architect and Great Pyramid expert, Jean-Pierre Houdin was given a once in a lifetime opportunity to meet with the man who designed and built the greatest pyramid of all time.

Ironically, it is the only image of Khufu that has survived is just a few centimetres tall, a minuscule ivory figurine discovered by chance in a temple in 1903.

The little seated figure is the only three dimensional depiction of Khufu which survives largely intact, though there are also several statue fragments.

Despite the absence of monumental statues or bas-reliefs, Khufu’s memory is still very much alive.

An enigmatic Sphinx, he continues to intrigue the entire world with the mystery of how his pyramid was built.

Khufu came to the throne, probably during his twenties, and at once began work on his pyramid.

The entire project took about 23 years to complete, during which time 2,300,000 building blocks, weighing an average of 2.5 tons each, were moved.

His nephew Hemiunu was appointed head of construction for the Great Pyramid. Khufu was the first pharaoh to build a pyramid at Giza.

The sheer scale of this monument stands as testament to his skills in commanding the material and human resources of his country.

It is now believed the pyramids were built using conscripted labour rather than slaves.

The idea that Khufu used slaves to build the pyramid comes from Greek historian Herodotus.

He also describes Khufu as a cruel and wicked leader who prostituted his daughter when he ran short of money.

But the Westcar Papyrus describes Khufu as a traditional oriental monarch: good-natured, amiable to his inferiors and interested in the nature of human existence and magic.