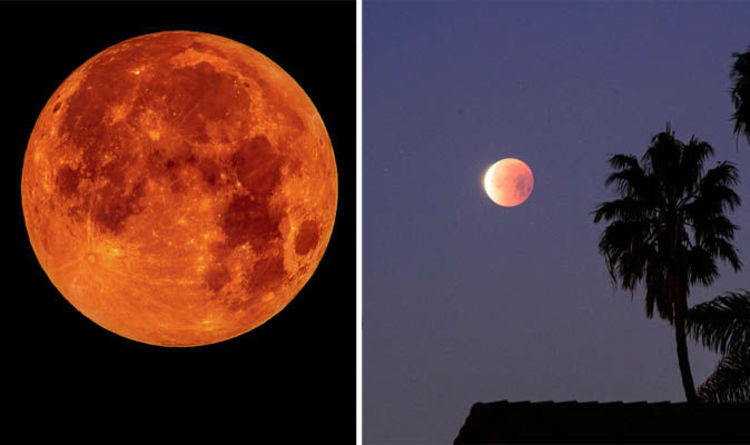 On the night of Friday, July 25, the total lunar eclipse will turn the full moon blood-red for about one hour and 43 minutes.

The eclipse will be almost 30 minutes longer than the January 31 Super Blue Blood Moon and will be the longest for at least another 83 years.

But what about other eclipses that have happened over the years?

The frequency of lunar eclipses depends on the moon’s orbit around the Earth and the length of an eclipse largely depends on how far away it is from the planet.

According to NASA, the lunar and solar eclipses are recorded on the so-called Saros cycle – a period of approximately 6,585.3 days, or 18 years and 11 days and 8 hours.

Each series lasts about 12 to 15 centuries with about 70 lunar eclipses during this time.

Eclipse 2018: The July 27 Blood Moon is the longest of the century

NASA explained: “Lunar eclipses of Saros 129 all occur at the Moon’s descending node and the Moon moves northward with each eclipse

“The series began with a penumbral eclipse near the southern edge of the penumbra on June 10, 1351.

“The series will end with a penumbral eclipse near the northern edge of the penumbra on July 24, 2613.

During this period, the longest total lunar eclipse already occurred not too long ago on July 16, 2000.

The longest eclipse was just three minutes longer than the July 27 Blood Moon and lasted one hour, 46 minutes and 24s.

On the other end of the spectrum is the shortest total lunar eclipse 72 years from now. 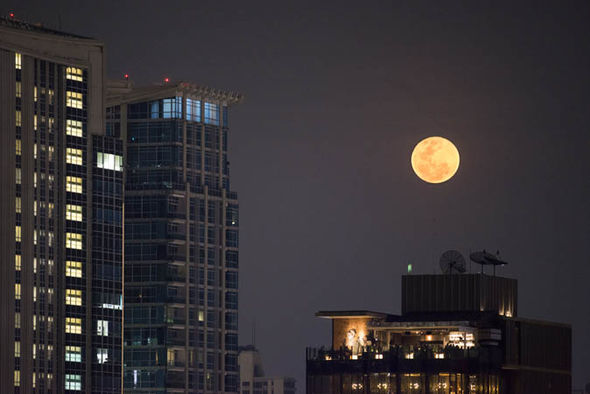 Dave Rothstein, a postdoctoral astronomer at Cornell University, New York, explained how these discrepancies are dictated by two crucial factors.

First of all, what matters is whether or not it is a partial or total lunar eclipse.

Secondly, the distance between the Earth and the moon and the sun will also play a part.

The space expert said: “The moon follows an elliptical orbit around the earth, and the distance between the moon and the earth can vary by something on the order of 10 percent, depending on what part of its orbit the moon is in. 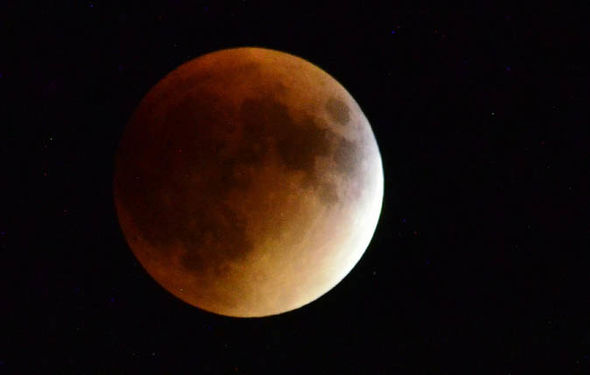 Eclipse 2018: The Blood Moon will last one hour and 43 minutes

“When the moon is closer to the earth, it is moving faster; plus, its apparent size on the sky is larger.

“Both of these affect how long an eclipse will take.”

NASA recorded the longest partial lunar eclipse on the night of May 11, 1982, at three hours, 26 minutes and 16 seconds.

The shortest partial eclipse meanwhile will only last 20 minutes and 56 seconds on the night of April 26, 2469.

New Discovery Means Parkinson’s Could Be Diagnosed With a Swab in Just 3 Minutes : ScienceAlert
Amazing New Fossils Provide Earliest Known Traces of The Evolution of Our Jaws And Limbs : ScienceAlert
‘Dark Data’ Is Leaving a Huge Carbon Footprint, And We Have to Do Something About It : ScienceAlert
We May Finally Know Why Oceans in The Southern Hemisphere Are Getting So Warm : ScienceAlert
‘Unbelievable’ Video Shows 2 Bees Working Together to Open a Soda Bottle : ScienceAlert