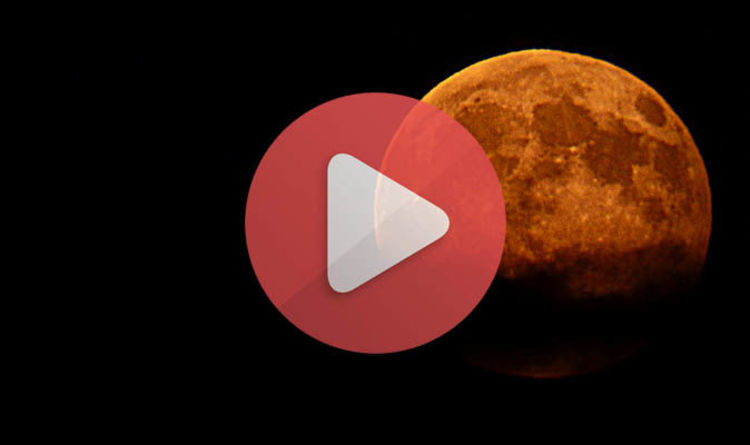 
Space boffins in North America will be treated to an exciting view of the total lunar eclipse, when the moon passes through the shadow cast by Earth and the sun.

For the first time since 1866, a total lunar eclipse will coincide with a supermoon and NASA are expecting Hawaii, California and Alaska to get the best view.

Unfortunately this means that other parts of the US will only see a partial eclipse, and those living on the East Coast might even miss out on it.

But there is still hope to catch a glimpse of it thanks to NASA’s online live stream, which you can watch above

You can follow the live feed on NASA TV and NASA Live above.

Additionally you can follow NASA’s live tweets at @NASAMoon.

If you live in Western North America, Alaska, or Hawaii the eclipse will be visible just before sunrise on Wednesday January 31.

Read more: WHEN IS THE SUPERMOON IN YOUR AREA?

The super blue blood moon could see the full moon take on a red hue and swell up to 14 precent bigger ad 30 percent brighter as it approaches Earth during the eclipse.

Gordon Johnston, program executive and lunar blogger at NASA Headquarters, said: “For the continental US, the viewing will be best in the West.

“Set your alarm early and go out and take a look.”

Those in the Middle East, Asia, eastern Russia, Australia and New Zealand will have a chance to see the super blue blood moon eclipse during moonrise and the evening hours of Wednesday.

Mr Johnston added: “Weather permitting, the West Coast, Alaska and Hawaii will have a spectacular view of totality from start to finish.

Alongside NASA’s live feed, you robotic telescope Slooh will host its own Slooh Blue Supermoon Total Lunar Eclipse livecast tomorrow at 5.45am EST (10.45am GMT).

Slooh said: “The Supermoon Trilogy we’ve been experiencing since December will end with a bang on January 31, combining a Supermoon, a Blue Moon, and a Total Lunar Eclipse.

The Griffith Observatory in Los Angeles will also host a live stream of the eclipse today with the help of telescopes stationed in the US and Australia. You can watch it here between 6.30am EST (11.30am GMT) and 11am EST (4pm GMT).

The Italy-based Virtual Telescope Project will stream live the eclipse from Rome as well starting at 9am EST (4pm GMT). Watch it online here.