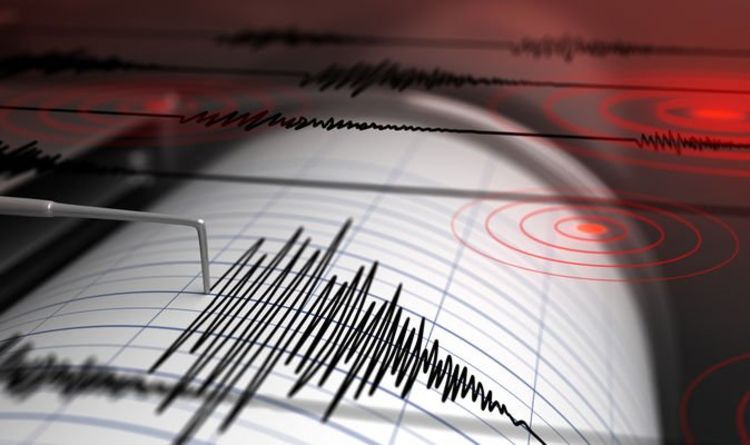 
Earth’s alignment with the Sun and Uranus could lead to tremors around the planet on April 25. This is because tension in Earth’s tectonic plates could build as major celestial bodies – in this instance the Sun and Uranus – as our planet travels near to them, some earthquake conspiracy theorists claim. Eventually, the tension could be released as a major earthquake.

Dutch tremor mystic Frank Hoogerbeets has predicted a quake which could register at magnitude six, which could cause major damage in a populated area.

Mr Hoogerbeets wrote on his website Ditrianum: “Earth’s alignment with the Sun and Uranus and additional lunar geometry may trigger larger seismic activity over 6 magnitude on the 24th and 25th.”

The USGS completely denies that earthquakes can be forecasted, writing on its website: “Neither the USGS nor any other scientists have ever predicted a major earthquake.

“We do not know how, and we do not expect to know how any time in the foreseeable future.”

Almost a Dozen Earthquakes Recorded in Clusters Near Yellowstone Park in Just 24 Hours
Discovery of Elusive ‘Black’ Nitrogen Structure Finally Solves Chemistry Mystery
If SpaceX’s Rocket Fails, an Emergency Escape System Will Save The Astronauts Onboard
Astronomers Just Narrowed Down The Source of Those Powerful Radio Signals From Space
Having Intense, Vivid Dreams During The Pandemic? Here’s The Science