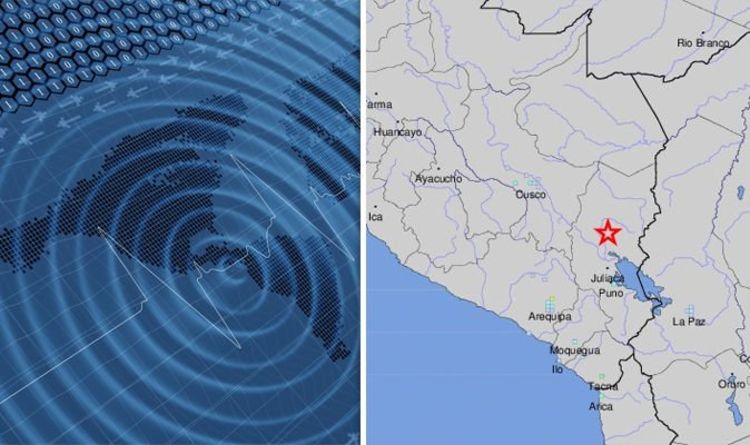 
The quake was quickly downgraded to 7.0, but is still classified as a major earthquake, and has the potential to rip down buildings and be felt up to 750 kilometres from the epicentre, according to experts at the Michigan Technological University. And one earthquake ‘mystic’ believes he predicted the quake, having forecasted a major tremor just two days ago. On February 27, earthquake forecaster Frank Hoogerbeets who runs ‘New-age earthquake forecasting’ website Ditrianum, made the claims that a big tremor would strike.

He wrote on his website: “Specific lunar geometry today could cause some seismic increase in the next two days, possibly into the 6 magnitude range.”

However, experts have previously dismissed Mr Hoogerbeets’ claims, saying that there is no way earthquakes can be predicted.

Also, it is likely to be a coincidence, as Peru is prone to earthquakes as the South American nation sits upon the dreaded Ring of Fire.

This Absolute Monster of a Black Hole Eats The Equivalent of a Sun a Day
Mysterious Emergence of Pink Ice in The Alps Could Have Dire Consequences
There’s A Place On Earth Getting Cooler, Not Hotter. A New Study Sheds Light On Why
Gigantic Sea Scorpions, Some Larger Than Humans, Hunted in Ancient Oceans
People Who Like Post-Apocalyptic Movies Are Better Equipped For Pandemics, Study Says