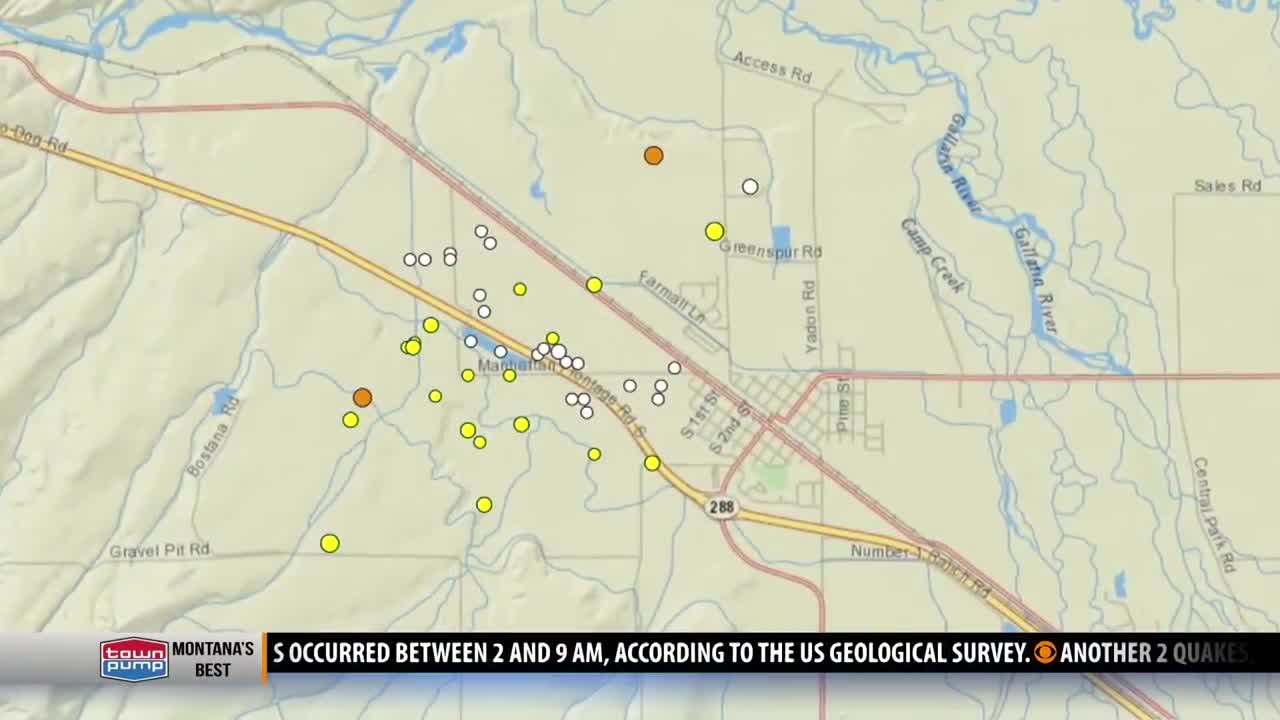 
For the folks who live here in Manhattan, earthquakes aren’t that out of the ordinary.

But around 15 different earthquakes on Saturday and at least two on Sunday, and a M4.1 on Monday… that’s a lot and many are scratching their heads.

It all started Friday night with a thunderstorm. The lightnings were just cracking so bad. Then the next day, the ground started to shake. The first earthquake of the series hit at 2am… And from then on another tremor shook about every hour and a half to two hours.

The last quake was a M4.1 on Monday evening at the same location.

The tremors ranged from 2.5 to 4.1 in magnitude, and there could have been smaller shakes that went undetected. People within a 150-mile radius of the quakes’ epicenter reported feeling them.

That magnitude of earthquake is only about a small rumble. But that many close together, though, has people in town wondering what happened as this amount of shaking is new to them.

What’s going to happen next?

The Manhattan earthquake swarm is supposed to be aftershocks from a larger tremor that happened mid-July.

A geologist says that this series of quake is unusual because aftershocks are typically one magnitude smaller than the initial quake and that’s not the case here. And added that quakes in the region are not uncommon.

It is likely that the area will continue to be rattled by quakes until they kind of die out and get smaller and smaller as time goes on.

Thankfully, the Manhattan earthquake swarm did not cause any injury or damage.

Losing Focus May Actually Boost Learning, Study Finds : ScienceAlert
An Expert Explains Why The Radioactive Water Stored at Fukushima Should Be Released : ScienceAlert
Bacteria Can Use Plastic Waste as a Food Source, Which Isn’t as Good as It Sounds : ScienceAlert
This Species of Carnivorous Plant Evolved Into a Toilet And Is Now Winning at Life : ScienceAlert
Mysterious ‘Zone of Uncertainty’ Inside The Brain Reveals a Surprise : ScienceAlert