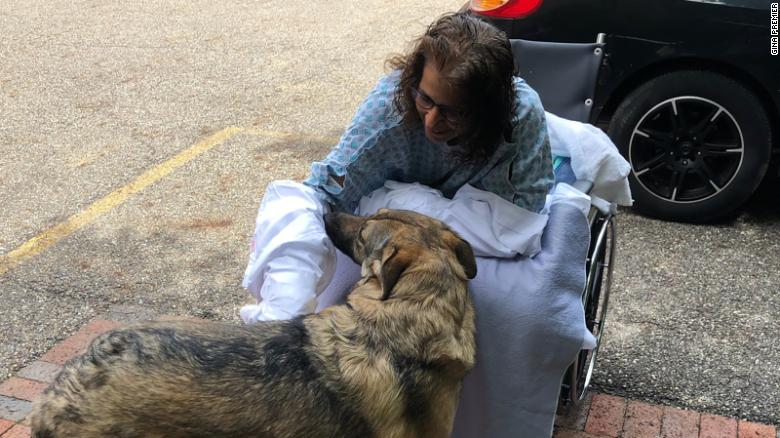 
A little lick from your loved puppy may lead to life-threatening infection.

As shown in this weird medical case, a woman in Ohio, ended up needing her hands and legs to be amputated to save her life.

Marie Trainer went to the emergency room on May 11 after developing a fever, nausea and backache, after some beach vacation in the Caribbean.

First doctors thought she had a travel-related illness, but the exact cause of her illness remained a mystery, and Trainer’s health worsened.

A few days later, she lost consciousness and was put into a medically induced coma, with her skin starting to turn a purplish-red color and the tissue to die.

It’s only after seven days that doctors finally discovered the illness was caused by a bacterium called Capnocytophaga canimorsus, which is found in the mouths of dogs and cats and can spread through bites, scratches and even licks from pets.

This video by Fox 8 News Cleveland shows an interview with the patient:

Most people who have contact with dogs and cats won’t get sick with Capnocytophaga. But in some cases, the bacteria can cause illness and even death, especially if they have weakened immune systems. About 30% of people with severe Capnocytophaga infections die from the disease.

Trainer likely got the infection when her German shepherd puppy licked an open cut on her body.

Trainer stayed in the hospital for about 80 days under full dosis of antibiotics to kill the devastating bacteria. But finally, the infection had caused so much damage to the tissue in her legs and hands that doctors had to amputate them.

This story just shows you how a random and rare occurrence – a dog lick – can trigger the perfect storm within your body resulting in a devastating illness. If you want to help her and her family, just spend a few dollars on their GoFundMe page.

Bar Graphs Induce a Hidden Bias in Interpretation, Experiment Shows : ScienceAlert
Planting More Trees in Cities Would Save Thousands of Lives, Scientists Say : ScienceAlert
A Splash of Milk in Coffee May Have Health Benefits We Didn’t Know About : ScienceAlert
What Can They Actually See? : ScienceAlert
Scientists Discover a Weird New Form of Ice That May Change How We Think About Water : ScienceAlert