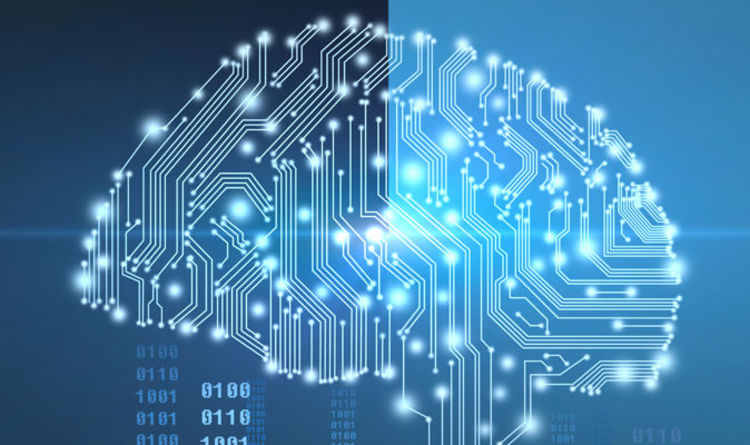 
The custom made computer, known as SpiNNaker, is the first of its kind to be able to mimic the neural network of the brain.

As far as scientists understand, the human brain is literally the most complicated thing in the universe – including the universe itself.

With over 100 billion interconnected brain cells, it has been extremely difficult to figure out the brain, and how it exactly makes everything tick – for example, how it turns thought into muscle movement.

This is where supercomputers come in to it.

By creating powerful computers which can run almost as powerfully and as quickly as the brain, experts can learn more about it and degenerative diseases.

Dr Sacha van Albada, lead author of this study and leader of the Theoretical Neuroanatomy group at the Jülich Research Centre, Germany, said: “SpiNNaker can support detailed biological models of the cortex – the outer layer of the brain that receives and processes information from the senses – delivering results very similar to those from an equivalent supercomputer software simulation.

“The ability to run large-scale detailed neural networks quickly and at low power consumption will advance robotics research and facilitate studies on learning and brain disorders.”

However, it is almost impossible to mimic the power of the human brain.

To date, the most powerful supercomputer only runs at one percent the speed of the brain.

Professor Markus Diesmann, co-author, head of the Computational and Systems Neuroscience department at the Jülich Research Centre, added: “It is presently unclear which computer architecture is best suited to study whole-brain networks efficiently.

“The European Human Brain Project and Jülich Research Centre have performed extensive research to identify the best strategy for this highly complex problem.

“Today’s supercomputers require several minutes to simulate one second of real time, so studies on processes like learning, which take hours and days in real time are currently out of reach.”

Control of a 6-Qubit Processor in Silicon : ScienceAlert
Deep Brain Simulation Could Alleviate OCD When Other Treatments Have Failed : ScienceAlert
We May Finally Know Why Oceans in The Southern Hemisphere Are Getting So Warm : ScienceAlert
‘Dark Data’ Is Leaving a Huge Carbon Footprint, And We Have to Do Something About It : ScienceAlert
‘Unbelievable’ Video Shows 2 Bees Working Together to Open a Soda Bottle : ScienceAlert