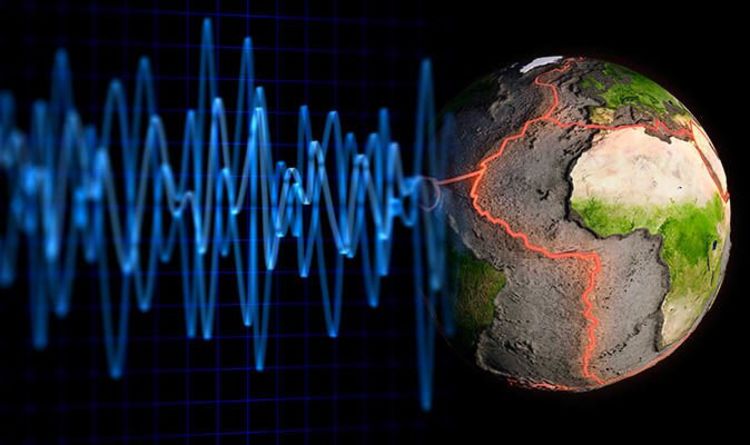 
According to Frank Hoogerbeets, a self-proclaimed researcher for ‘New-age earthquake forecasting’ website Ditrianum, an earthquake could cause total destruction on December 10. The “researcher” told a magnitude nine or higher tremor will hit in the next few days. He reasoned his prediction with a gravitational tug from Venus and Uranus could cause a potentially civilisation ending earthquake as earth will be positioned between the two planets in four days.

“Estimates based on the planetary data indicate that the 9th-10th of December are the most likely days for a great earthquake.”

The world’s largest earthquake to this date occurred on May 22, 1960 near Valdivia, in southern Chile.

The tremor was assigned a magnitude of 9.5 by the United States Geological Survey (USGS) and is referred to as the “Great Chilean Earthquake” and the “1960 Valdivia Earthquake.”

And according to the Seismology Research Centre a magnitude 8.8 earthquake could literally cause the ground to crack and would leave few buildings standing.

But the USGS says Mr Hoogerbeets claims are nothing but falsehood, as it is impossible to predict an earthquake.

According to USGS an earthquake prediction must define three elements; the date and time, the location and the magnitude.

So although some people say they can predict earthquakes, here are the reasons, which according to USGS, prove why their statements are false:

1 They are not based on scientific evidence, and earthquakes are part of a scientific process. For example, earthquakes have nothing to do with clouds, bodily aches and pains, or slugs.

2. They do not define all 3 of the elements required for a prediction.

Expert Proposes a Method For Telling if We All Live in a Computer Program : ScienceAlert
Volcanoes May Have Transformed Venus Into a Blistering Hellscape : ScienceAlert
Scientists Revived Ancient ‘Zombie Viruses’ Frozen For Eons in Siberia : ScienceAlert
10 Days After Its Launch, Orion Has Successfully Entered Lunar Orbit : ScienceAlert
‘Baby Brain’ Is Real, Scientists Confirm, And We May Finally Know Why : ScienceAlert