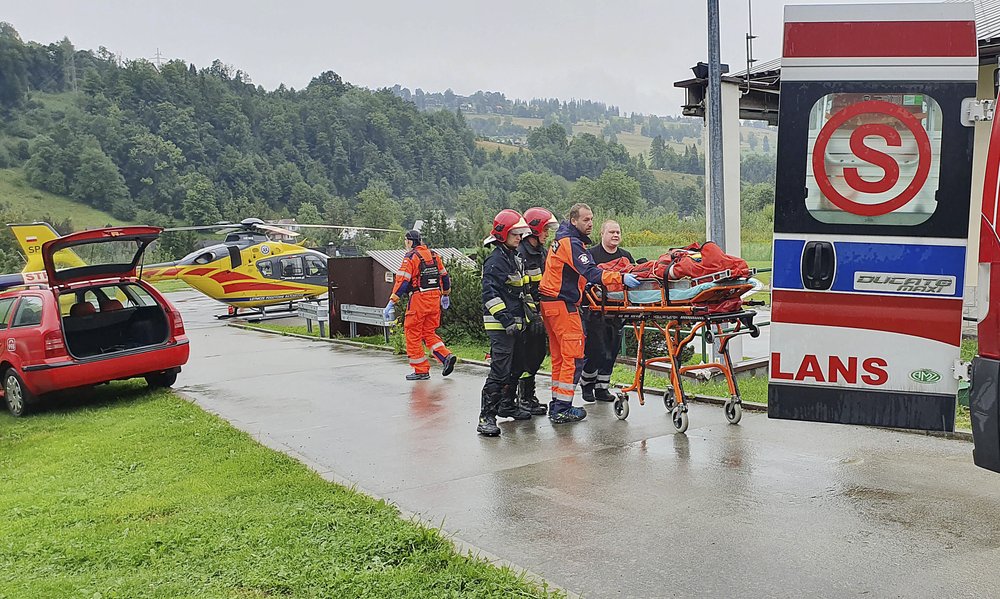 
A thunderstorm turned deadly on Thursday after lightning struck a popular hiking destination in the Tatra Mountains, Poland.

A lightning strike killed 5, and injured 150. Two of the fatalities were children. Poland’s emergency response service compared this tragic event to a terrorist attack.

A deadly lightning strike in Poland left at least five people dead, including two children, and more than 150 injured at a popular mountain hiking destination on August 22, 2019.

The head of Poland’s emergency response service compared the sheer volume and severity of the injuries people suffered to a “terrorist attack.”

A powerful thunderstorm rapidly moved over Giewont just after midday Thursday along the border of southern Poland and northern Slovakia, near the town of Zakopane, Poland. The mountain peak reaches an elevation of 6,217 feet.

According to the Associated Press, four of the people killed were hiking in Poland and one was a Czech tourist in Slovakia. Officials said the two children who died were 14 and 10 years old. Rescuers said that three people were missing as of Friday morning, but were later located.

“This is a situation that can be compared to a terrorist attack,” he said. “A large group of random people has been hit. Many people, including children.“

Giewont is a peak in the Tatra Mountains of Poland. The Tatras are the highest mountain in the country and popularly visited. Due to the heavy tourist traffic, metal chains were installed to assist hikers.

In 1901, a large metal cross that stands 15 meters tall was constructed atop Giewont. The cross was reportedly the first location to have been struck during Thursday’s storm.

Hiker Mariusz Brodzinski and his wife were visiting the Tatras for the first time. He reported seeing a woman on Giewont suddenly fall off the slope when lightning struck the metal chain she was holding on to.

“This woman is dead,” Brodzinski told Polish television channel TVN24. “My wife slid and suffered a fractured pelvis and injured head. I have a burnt foot. It felt like it was scorching… We are grateful to God that we survived. It was our first trip into the mountains and it was supposed to be unforgettable. And it sure will be.“

An anonymous source told TVN24 that the shock from the strikes felt like “the explosion of several grenades.“

Emergency crews used helicopters to transport the injured down the mountain to safety.

Witnesses near the scene said that the day started off clear with the thunderstorm quickly moving into the area, the AP reported.

“There was a sudden thunderstorm that moved into the area [on Thursday afternoon],” AccuWeather Meteorologist Jim Andrews said. “There is no shelter at the summit and the strike occurred where lots of people typically gather.”

Andrews said that it is not out of the question that there were several lightning strikes on the exposed summit.

This is the not the first time Giewont has been the host of a deadly storm. On average, at least one lightning strike per year at the summit injures tourists, but never at this magnitude. Previously, the most deadly strike at the peak came in 1937, when a dozen visitors were struck and three people were killed.

Leszek Dorula, the mayor of Zakopane, has declared Friday as a day of mourning following the deadly lightning strike, according to the BBC.

One Simple Idea Makes It Much Easier to Manage Your Weight Over Time : ScienceAlert
Babies May Not Be Born With a Microbiome After All, Scientists Say : ScienceAlert
Mysterious ‘Zone of Uncertainty’ Inside The Brain Reveals a Surprise : ScienceAlert
Sword Mistaken For Replica Is Actually An Ancient 3,000-Year-Old Weapon : ScienceAlert
People Who Don’t Exist Look More Real Than Actual People, Study Finds : ScienceAlert