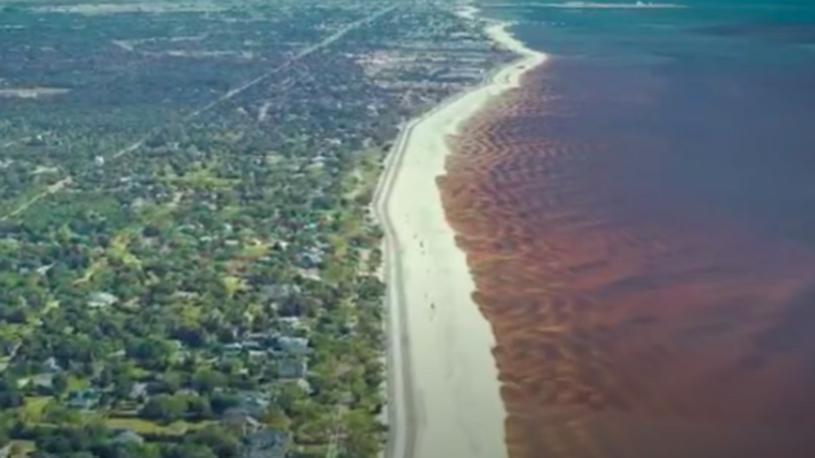 
All beaches on the Gulf Coast of Mississippi are closed for swimming due to toxic blue-green algae.

The harmful cyanobacteria have been detected at all 21 Mississippi beaches. Visitors have been warned to avoid contact with the water. The blooms can cause health issues in humans.

All of Mississippi’s 21 Gulf Coast beaches have been closed to swimming because of an expanding toxic blue-green algae bloom. The closings started June 22, and the final two beaches, Pascagoula Beach West and Pascagoula Beach East, were closed July 7.

Visitors can still use the beaches, the MDEQ said, but they should avoid contact with the water.

The blue-green algae, known as cyanobacteria, can cause rashes, stomach cramps, nausea, diarrhea and vomiting.

The cyanobacteria has been caused, in part, by the opening of the Bonnet Carre spillway, 27 miles upriver from New Orleans. For the first time in the spillway’s 90-year history, it has been opened twice because of flooding in the Mississippi River.

The governors of Mississippi and Louisiana have asked for disaster declarations because of the damage done to their states’ fishing industries by the flooding. The flow of fresh water reduces salinity, making it difficult for oysters to survive. The runoff also is rich in nutrients, such as nitrogen and phosphorous, that causes the cyanobacteria to bloom. The blooms deplete oxygen in the water, creating a “dead zone” that can result in fish kills and other devastating effects.

So far, the levels of cyanobacteria being detected off Mississippi beaches have not reached toxic levels, the Clarion Ledger reported. Still, state officials are advising against eating fish or other seafood from water where the bloom is present.

The National Park Service said beaches along the barrier islands that are part of the National Seashore have not been affected by the algae blooms.

Incredible ‘Fairy’ Robot Sails on The Breeze Like a Floating Dandelion : ScienceAlert
Wildfire Destruction in The Western US Has Doubled in Just 10 Years : ScienceAlert
Ultra-Processed Food May Exacerbate Cognitive Decline, New Studies Show : ScienceAlert
Alarming Spread of Bird Flu Continues as More Species Infected : ScienceAlert
A Splash of Milk in Coffee May Have Health Benefits We Didn’t Know About : ScienceAlert