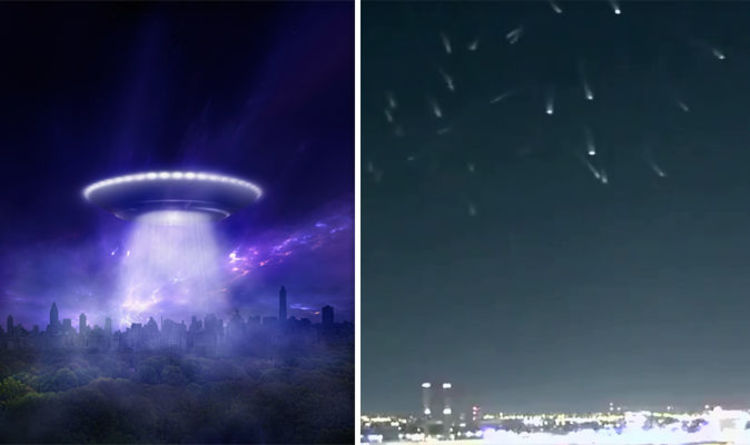 
Viewers of Fox 6 News were treated to an odd astronomical display in the early hours of February 28 when a series of bright lights dashed around a live feed of Milwaukee.

People who had tuned in at 4.43am saw at least 10 bright dots moving about in the distance, first glowing and then seemingly disappearing before shining a light again.

Even the man and woman presenters of the show were surprised by the activity and went so far as to question if it was extraterrestrial activity.

The female broadcaster is shocked by the sight asking: “Are those fireworks?”.

However, when it became clear that they were not fireworks, she asked: “What is that? Aliens?”

She then asks her colleague: “You see that, right?”.

Her male counterpart then responds: “I do see that and it keeps getting weirder by the second. It looks like they are sticking around”.

Authorities later claimed that seagulls reflecting light were responsible for the strange darting formation of lights.

However, viewers of the video, which was uploaded to popular UFO YouTube channel Suspect Sky, were not buying that excuse.

One user, American Supps, wrote: “I watched it 500 times now and these are no seagulls”.

She wrote: “You would need binoculars to see tiny seagulls at that distance, and even then it would be difficult with the limited light.

“These objects are much larger and are illuminating for more than 15 seconds. The comparison that is being passed off as an explanation which shows seagulls above a building is taken at a much shorter distance where you can clearly see the birds.

“This is a very weak juvenile attempt at an explanation.”

However, some did believe the sighting was seagulls.

BiddieTube wrote: “Seagulls, been verified already, videos clearly show the birds even without digital zooming them.”