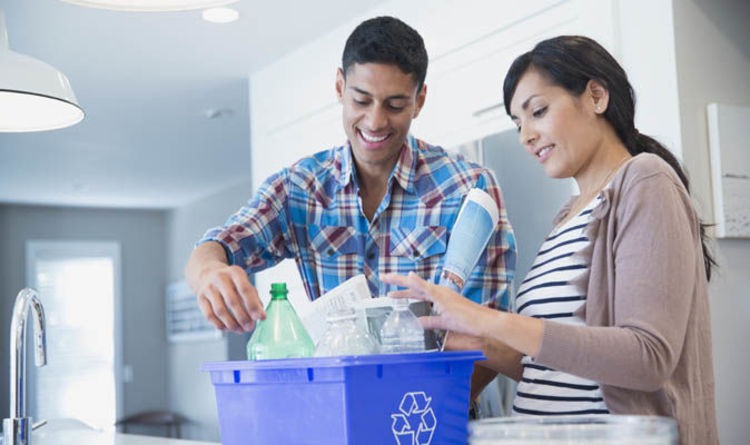 
A detailed study as part of British Science Week found that while we are more aware than ever about the good recycling does for the planet, our grasp of what to put where is not so good.

Most were unaware they were not supposed to put certain items in recycling bins – including the likes of used kitchen roll, soap dispenser tops, pizza boxes, shiny wrapping paper and coffee cups.

Good intentions mean that eight out of 10 Britons now believe recycling makes a difference to the environment.

However, when quizzed on what items can be recycled, virtually no one knew the correct answers, the study found.

The survey found it was often younger people who got it most wrong, with the environmentally-conscious Millennials less in the habit of successful recycling than older generations.

The British Science Association spoke to 2,000 people across the UK on their knowledge of what could or could not be recycled.

The study found that most were still failing to nail the recycling basics, resulting in a lot of recyclable waste going to landfill.

No one surveyed completed the quiz with all the right answers.

When unsure on whether an item could be recycled, only three in 10 took the time to look it up before throwing it in the rubbish or recycling bin.

Ivvet Modinou, head of engagement at the British Science Association, said: “It’s encouraging to see lots of people are concerned about plastic waste.

“But what you can and can’t put in the recycle bin can often be confusing.

“The industry as a whole needs to address this issue if we are to collectively improve recycling performance.

“For instance, manufacturers of plastic products could provide clearer information on packaging and local councils should be actively working to improve guidance for local residents.”

Craig Stephens, campaign manager for Recycle Now, said: “Seventy-nine per cent of plastic waste ever created is still in our environment. While more and more of us are recycling, it is clear that it is as important as ever for everyone to go the extra mile to protect our planet.”